THE government has been forced to publish the Franchise Payment  profile for all the current rail franchises until 2022/23 after questions from RMT Parliamentary Group Convenor John McDonnell MP.

In an extraordinary piece of creative accounting this sees the money Virgin  East Coast will pay the Government rise from £210 million this year to £623 million just seven years later. 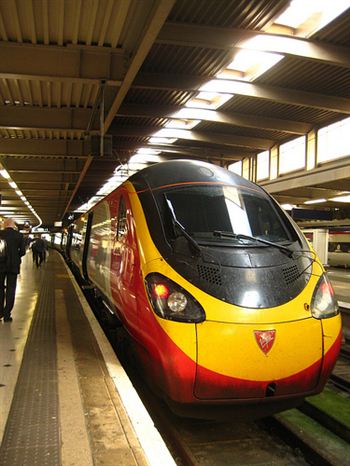 RMT has warned that that the “fantasy figures” mirror the predictions from the previous private East Coast private operator National Express which never materialised – they promised to pay £340 million in 2013/14 but walked away in 2009 when even the reduced sum of £133  million was too much for them.

Virgin’s promise of £623 million is just a hairs breadth under a whopping 200% increase on the £210 million that they plan to pay this year. Such an increase is something no other franchise is predicted to achieve, sounding alarm bells ringing with Britain’s main rail union .

Even allowing for the forecast continued increases in train journeys in the intervening period that rise seems like an impossible target  in what the company can earn over and above its own profit demands that will be the first call.

RMT has warned that the eye-watering returns set out in the franchise profile can only be achieved in three ways: Jacking up fare, cutting jobs, terms and conditions and pay and from increased tax payer subsidy – in 2013/14 on the other side of the country Virgin West Coast paid back to the government £101 million but it took in subsidy £281 million – in effect a total net subsidy in one year of £180 million.

Only similar amounts of “corporate welfare” would give Virgin East Coast any chance at all of meeting the stated financial targets.

RMT General Secretary Mick Cash said: “Serious questions need to be asked about the financial profiling on the new East Coast franchise which have the same ring as the wild projections that led to the eventual collapse of National Express on the same route.

“The reprivatisation of the East Coast was always going to be a reckless gamble – smashing up a public sector operation handing over a billion pounds back to the taxpayer in favour of a whole stack of promises from a third bunch of private speculators.

“RMT will continue to fight for the total renationalisation of our railways.”