A COUPLE’S happiest day has been immortalised on Google Streetview.

The newlyweds unwittingly “photobombed” the Streetview camera as it was recording the views from one of Scotland’s most famous landmarks. 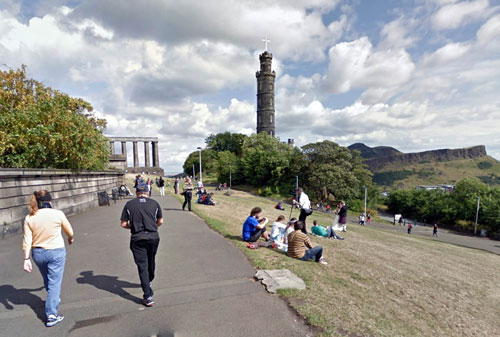 The unidentified couple were posing in their wedding day finery for a photographer on Calton Hill, Edinburgh, with the city as a stunning backdrop.

As the Streetview camera operator walks past, the wedding photographer has to stop what he is doing and onlookers wave and cheer. 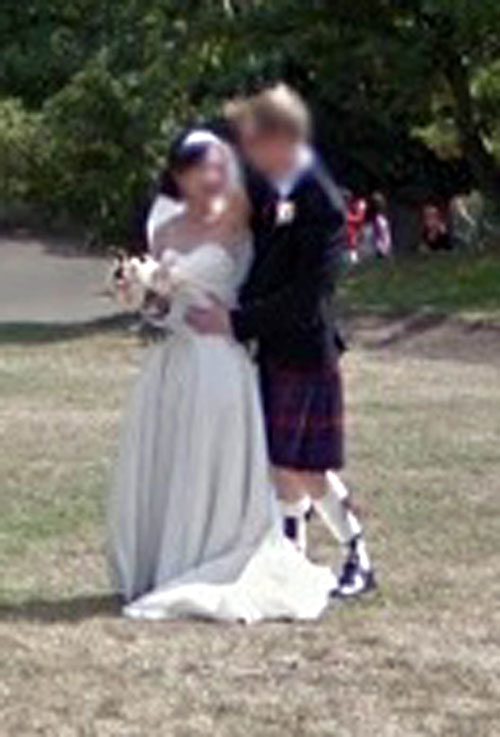 The couple, whose faces have been blurred by Google software, seem unfazed and remain in a romantic embrace throughout.

Some onlookers who noticed the presence of Google’s camera rushed forward to be included in the image while others hid their faces in embarrassment. 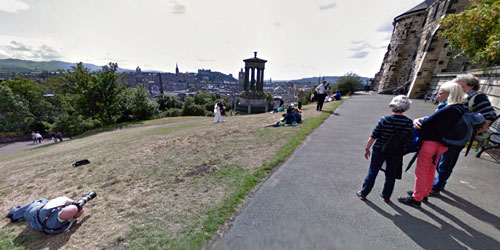 As the Google cameraman walks away he captures a second photographer, armed with professional-looking kit, lying on his side appearing to photograph the couple.

This is not the first time Google Streetview has captured unusual scenes in and around Scotland’s capital over the years. 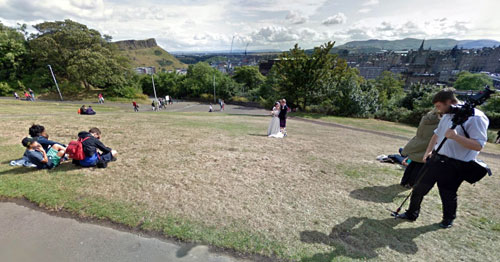 In November 2014 keen-eyed users spotted a pair of pranksters reenacting a scene from Trainspotting on Princes Street.