THREE  northern lynx cubs have made their first foray into the great outdoors at RZSS Highland Wildlife Park this week.

At almost three months old the cubs ventured into their outdoor enclosure after spending the beginning of their lives huddled in dens with their mother Dimma and father Switch.

Una Richardson, Head Keeper for Carnivores at the Wildlife Park, in Kingussie, commented: “The couple arrived at the Park in 2012 and this is the fourth year in a row they have produced cubs. Dimma gave birth to her previous litters in the bushes at the front of the enclosure, which required us to rope-off the adjacent visitor path, but this year she has opted for the privacy and security of the nest boxes provided in the lynx house.” 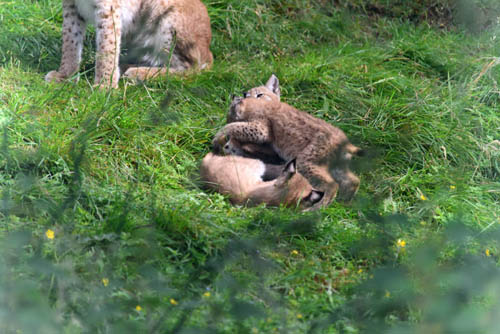 The lynxes at the RZSS Highland Wildlife Park  are part of  breeding programme. The wild cats have gone into decline due to habitat loss, illegal hunting and prey loss.

The cubs have proved to be a big hit with visitors to the park.

The head keeper at the park added: “Watching the cubs play fighting with each other, running and tumbling about the enclosure, it’s easy to see why they are quickly becoming favourites with both staff and visitors over the past few weeks. They have been putting on quite a show, especially at feeding time when they routinely play stalk and pounce on sections of meat as big as themselves.” 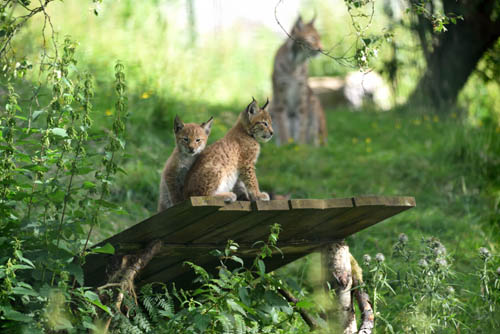 For more information on the park visit highlandwildlifepark.org.uk or rzss.org.uk 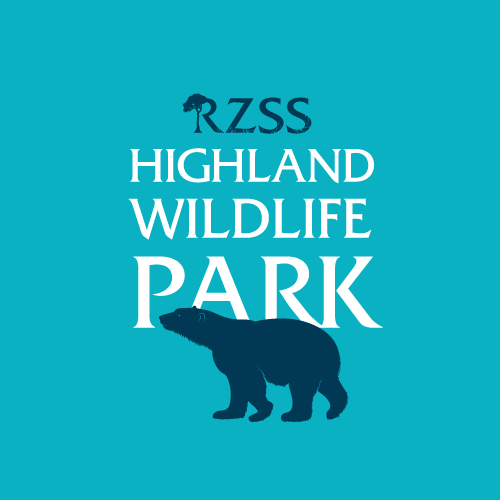