A SHOPKEEPER has suggested the authorities turned a knife into a screwdriver to secure a plea bargain for a robber.

A shocking video showed 60-year-old Mohammed Ramzan struggling with his attacker who was today sentenced to three years and two months imprisonment.

The video appears to clearly show a knife and Mr Ramzan says he was told by Stephen Bollard, 25, at the time of the attack, ‘I will knife you’.

But when the case came to court Bollard, who wrestled Ramzan for a mere £10 note, plead guilty to assault and robbery at the High Court in Edinburgh – and prosecutors described the weapon as a screwdriver.

Reacting to the verdict, Mr Ramzan said: “It was a knife. I think he’s lied or police haven’t seen it on the CCTV.

“The first I heard he was saying it was a screwdriver was in the paper and I was shocked.

“I knew it was a plea bargain.

“ It was a knife, I saw it and he spoke at the time himself and said, ‘I’m going to knife you’.

“I told police at the time it was a knife and CID people watched the CCTV and said it was too.

“I think it’s a plea bargain. If he pleads guilty saying a screwdriver the CID doesn’t have to do more work.

Two clips show Bollard barging his way to the till and thrusting a weapon towards Mr Ramzan’s face. 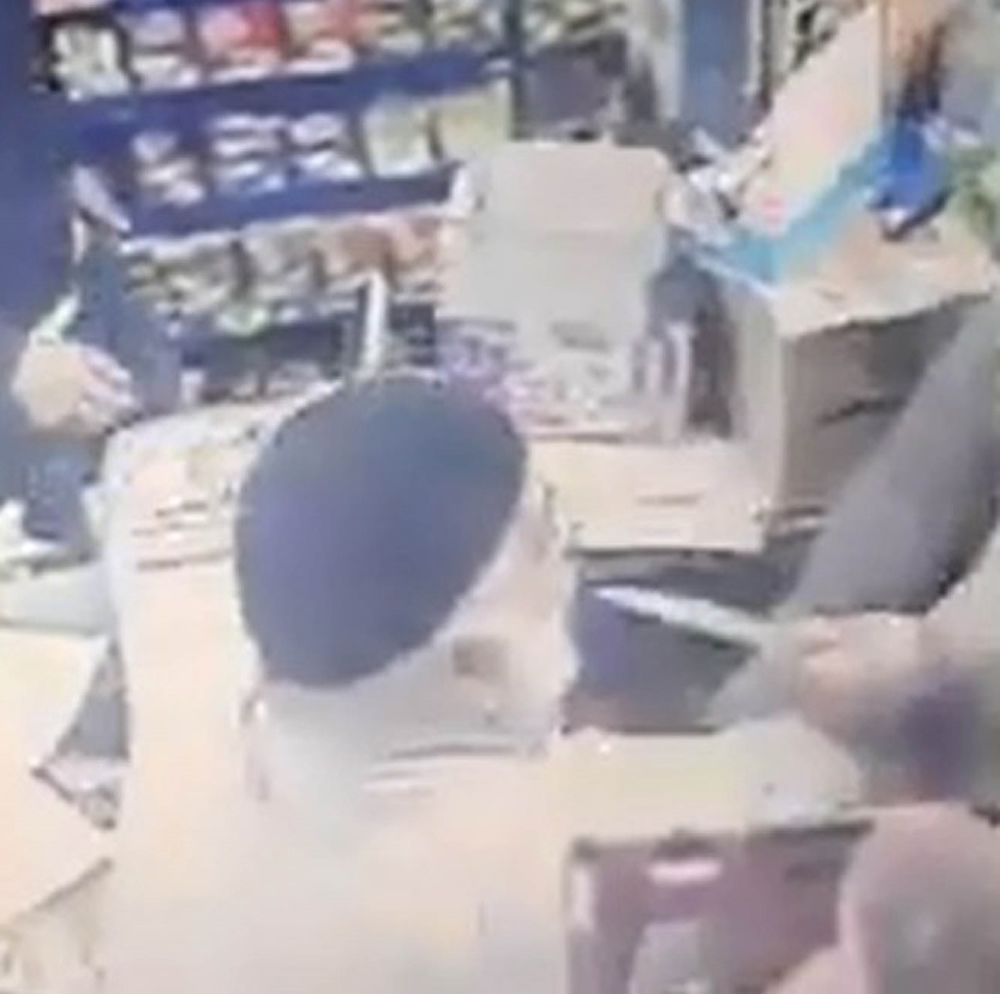 Ramzan is then shown fighting back by pulling on the thugs hoodie and holding on to his till.

Within 48 hours of the attack, police officers found and charged Bollard after receiving tip offs from locals.

Despite his concerns, Mr Ramzan is satisfied with the length of sentence.

He said: “Three years is enough, I would not want him having any longer.

“He’s a young boy so hopefully he can turn it around now – I don’t like to see anyone in trouble.

“We can’t let things like this get us down and I’m okay so I believe in fate.”

Despite saying at the time of the incident that he was “traumatised”, Mr Ramzan has vowed to move forward with a positive attitude.

He added: I’m very grateful for the community, everyone has supported me and been very kind which has kept me upbeat.

“It was my bad fortune, my bad day, but I believe that sometimes things are there to test you.”