A TITP reveller got his backside burnt from a makeshift flame-thrower in yet another shocking video to surface from the controversial event.

The short clip, titled Unlucky Jack, shows Jack Gilmour standing in the middle of the campsite while another festival goer approaches him with a lighter and cannister.

The youngster from Paisley, Renfrewshire is captured with his shorts pulled down and t-shirt lifted up as he anxiously awaits the pain that’s about to unfold.

A second man, wearing wellies and a fluorescent bucket hat, sprays the can onto a lighter just inches from Jack’s rear end seconds before a huge flame is exposed.

As the fire hits him, Jack is shown screaming out in pain while jumping forward and clutching onto his burnt derriere.

A crowd of onlookers are shown pointing and laughing at the thrill seeker before the footage cuts out.

The video, filmed at last weekends festival at Strathallan Castle, Perthshire, was posted on Twitter by Jack’s friend Lewis Paterson on Monday.

The footage comes shortly after the end of the event which exposed dozens of shocking images and videos showing dangerous behaviour. 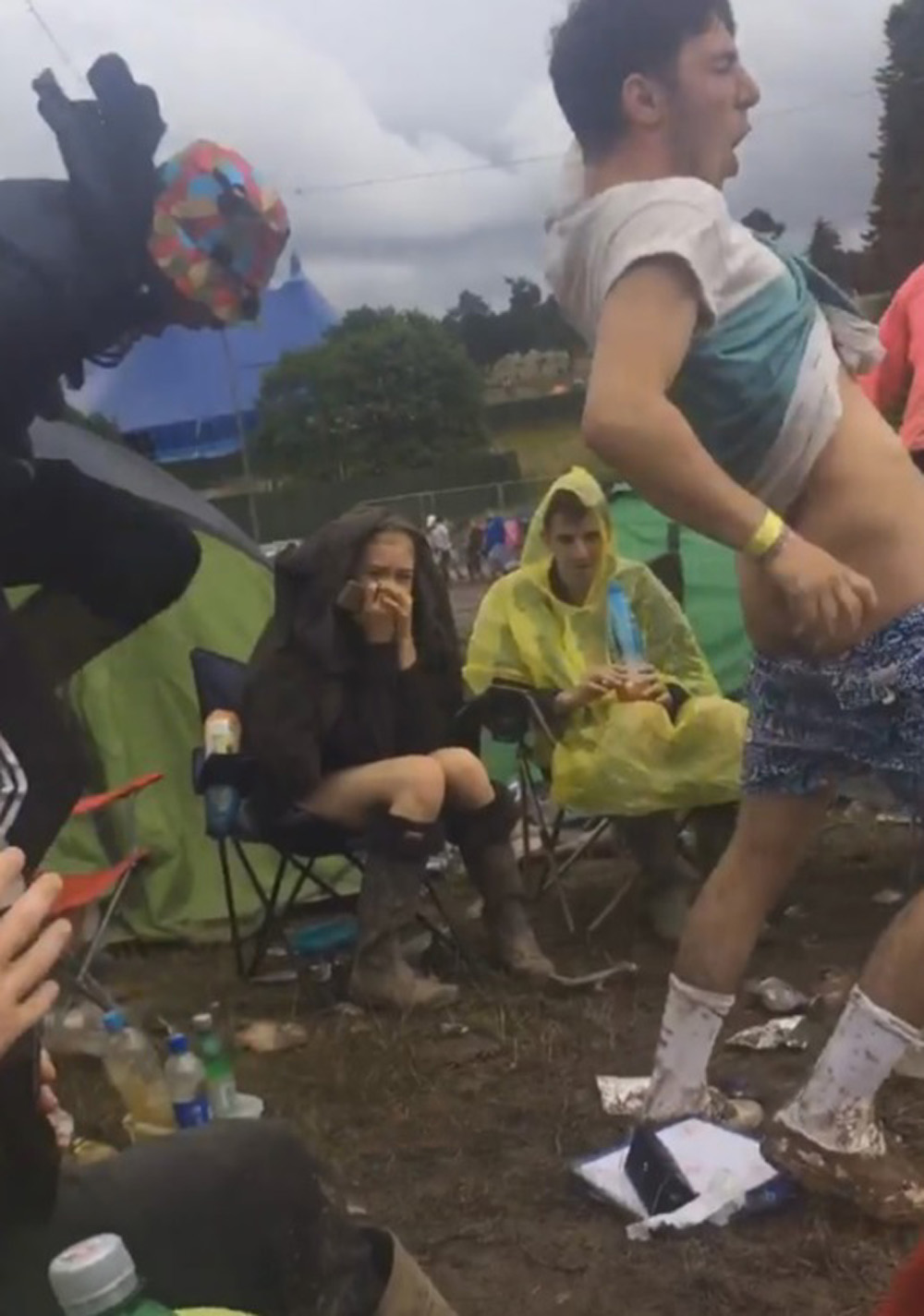 And within two hours of gates opening on Thursday afternoon, a video emerged showing a mass brawl break out amongst the crowds.

On Friday morning Police Scotland also announced the deaths of Megan Bell from Seaham, near Sunderland, and Peter McCallum from Lochgilphead, who were both 17.

Although there has been no confirmation that drugs were involved, Peter’s parents released a statement saying: “We hope that people, especially the younger members of society, learn a lesson from Peter’s death and that they don’t put their families through the devastation we are experiencing just now.”