A STOMACH-churning video shows the moment a Scot tried to remove his damaged big toe nail – with a power drill.

Campbell Whyte and his pals had enjoyed a “standard Sunday sesh” before deciding to do some DIY surgery.

The labourer allowed his joiner friend, Lee Tarran, to use one of his work drills to try to make a hole in the nail.

Campbell, 30, from Aviemore, Highland, planned to attach the nail – which was damaged playing football – by string to a door handle and pull it off.

A gruesome clip of the operation shows the drill bit sliding around the nail before punching through. Unexpectedly, the nail then pops up – to a mixture of groans and cheers from a crowd of onlookers.

The video is captioned: “S*** went Pete Tong there. Oops.”

Although painful and obviously dangerous, the procedure was a total success as Campbell’s big toe nail dropped off a few days later.

Campbell had been suffering pain for weeks before Lee, 24, decided to take matters into his own hands in the early hours of Sunday morning. 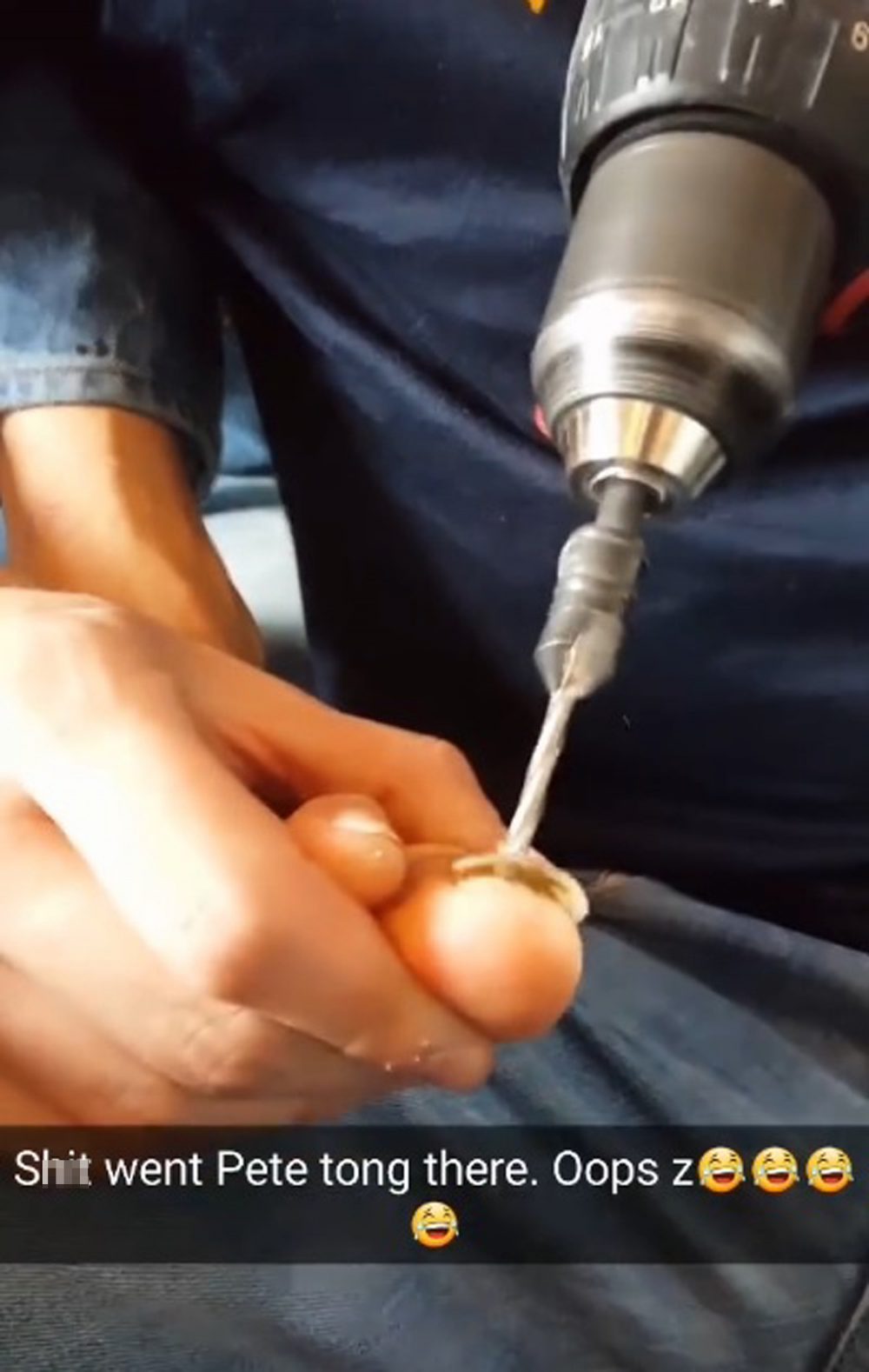 Callum Clark, 24, who filmed the revolting clip at Campbell’s flat, said: “Basically my pal had his foot stood on at football a couple weeks back.

“The nail had started peeling off a bit so once we had had a few too many drinks we decided to tackle it.

“We had tried a few different things to get it off but it was just not budging the last wee bit.

“He was in a fair bit of pain when we were trying to get it off before the drill but we were using a blunt Swiss army knife then.”

Callum added: “We thought if we drilled a hole in it, we would be able to tie some string to it, tie the other end to a door and were hoping slamming the door would end up pulling the nail off.

“After the drilling the poor boy had had enough. I think the alcohol helped with it a fair bit though. Standard Sunday sesh.

“He wasn’t too bad afterwards though. He’s all good, the nail is off now.”