SIMON Cowell sent the mum of a X Factor hopeful a video message apologising for making him miss her wedding rehearsal.

Edinburgh barman Jamie Lee Morley appeared on the show tomorrow (Sat) night, sailing through the auditions and making it to boot camp.

Unfortunately, he did not then make it past this stage of the competition.

The 28-year-old was due on the day of recording to be at mum Pam’s wedding rehearsal but had not told her he had entered the show.

Jamie didn’t get his slot in front of the judges in Edinburgh until 7.30pm and missed the wedding rehearsal, in which he was supposed to practise walking his mum down the aisle in Manchester.

Cowell asked to meet Jamie after the audition and on learning of his wedding catastrophe recorded a special message for Pam, congratulating her on her nuptials, explaining her son’s absence and praising his singing voice.

The 45-year-old was cross with her son when he turned up much later that night. But Jamie made her wedding by playing the video on the big day.

Jamie grew up on a Manchester council estate but moved to Edinburgh a decade ago to get away from a life of heavy drinking with friends.

Jamie, who tried and failed to get on the show last year, said: “I didn’t tell my Mum I was auditioning this year.

“My mum was getting married in Manchester the day after my audition in June and was having a rehearsal for it the day before.

“I was meant to be walking her down the aisle with my brother. When I found out about the clash, I said to the organisers at the X Factor, ‘please can I get on as early as possible.’

“Still, I wasn’t able to get on till 7.30pm, when I was already meant to be in Manchester.”

Jamie added: “Simon loved my audition, I sang songs by Rihanna and Boyz to Men, which he said he found ‘very interesting’ – I was absolutely overwhelmed to hear this.

“After the audition, Simon wanted to meet me, and after hearing my story, he recorded a message with the judges saying congratulations to my mum on getting married.

“He also said sorry for me being late, and that my audition had gone really well and that I was through. 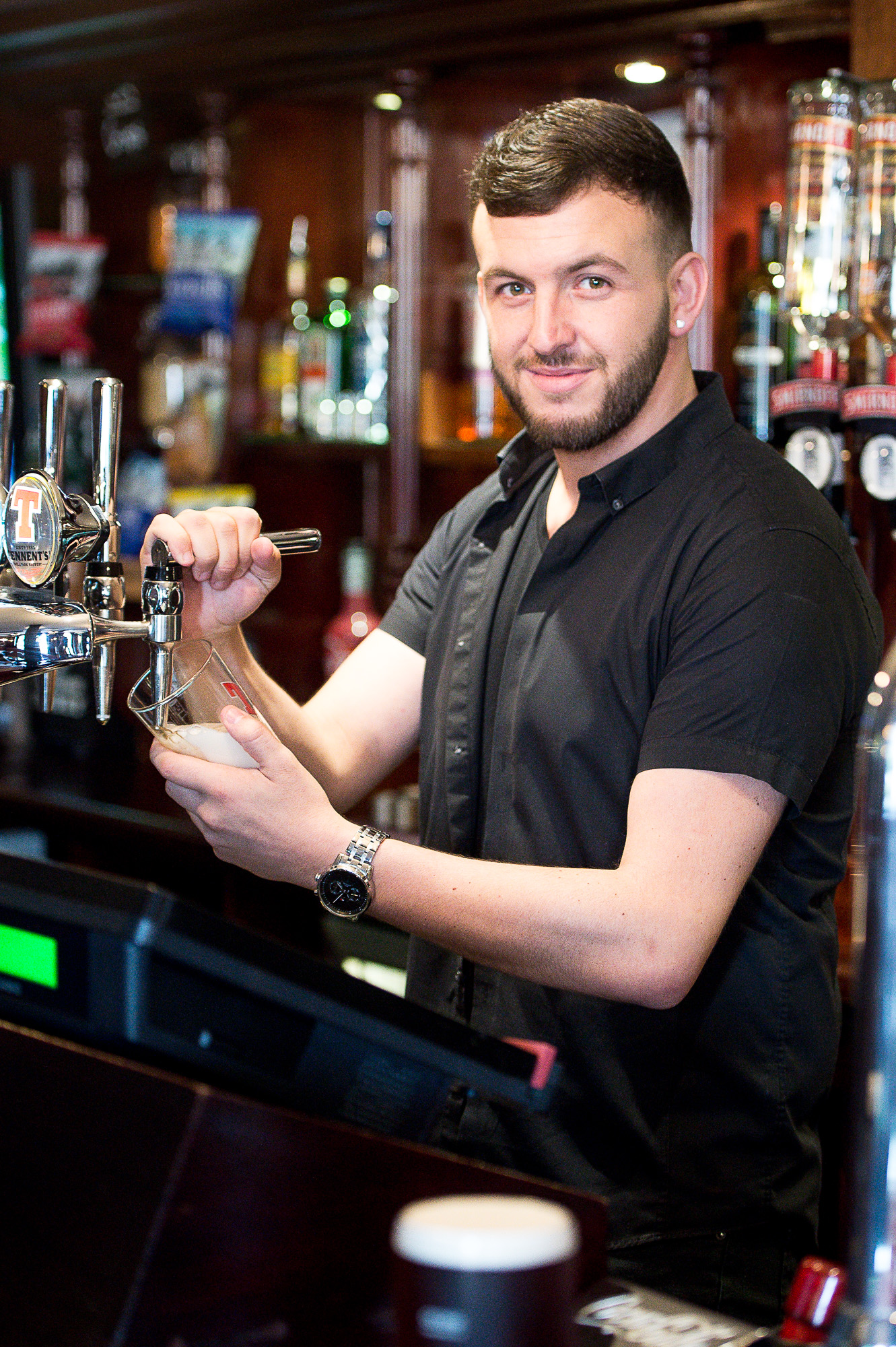 “I actually told my Mum I would be late because I was stuck in traffic. When I was late, she originally wanted to kill me, but when I told her the truth on the wedding day and showed her the video of Simon, she was so proud.”

Pamela said: “At first, when Jamie was late for the rehearsal, yes I was annoyed, but when I saw the video I was just proud to hear the judges confirm what I’d known for years, that I had a very talented son.”

Jamie said his singing career began in Ibiza, aged 13, when he won a karaoke competition but he let the singing slip while in his 20s.

Jamie revealed that the sudden death of his father, Darren in 2014, aged just 45, persuaded him to take up singing again.

He said: “It was my Dad who first persuaded me to sing in Ibiza. I was never scared on stage but I was always a bit embarrassed, he was my encouragement.

“He was always a driver behind my music, he knew I wanted to do it, and kept persuading me to keep going, so his death gave me the push I needed to get back into it.

“My dad would be really proud of me.”

Amy Macdonald pops round to visit Jack and Victor