SCOTTISH Comedian Limmy has followed up foreseeing Brexit, by correctly telling punters to bet on Trump to win the U.S. presidential election.

Although bookmakers had Trump at 5/1 to win the race to the white house last night (tue), Limmy tweeted to tell followers it made “f*** all difference” and they should “bet big” on Trump.

This morning he returned to Twitter to gloat about his foresight, simply tweeting “Told ye”.

Back in June, Limmy demonstrated his psephological talents by predicting that Scotland would vote 62% to remain in the EU, whilst Britain would vote 52% to leave.

These figures proved to be exactly correct.

In his full tweet last night, Limmy wrote: “That’s Trump slipped to 5/1 since the FBI cleared Hillary. Bet big, cos it makes f*** all difference. No getting off the Trump Train.” 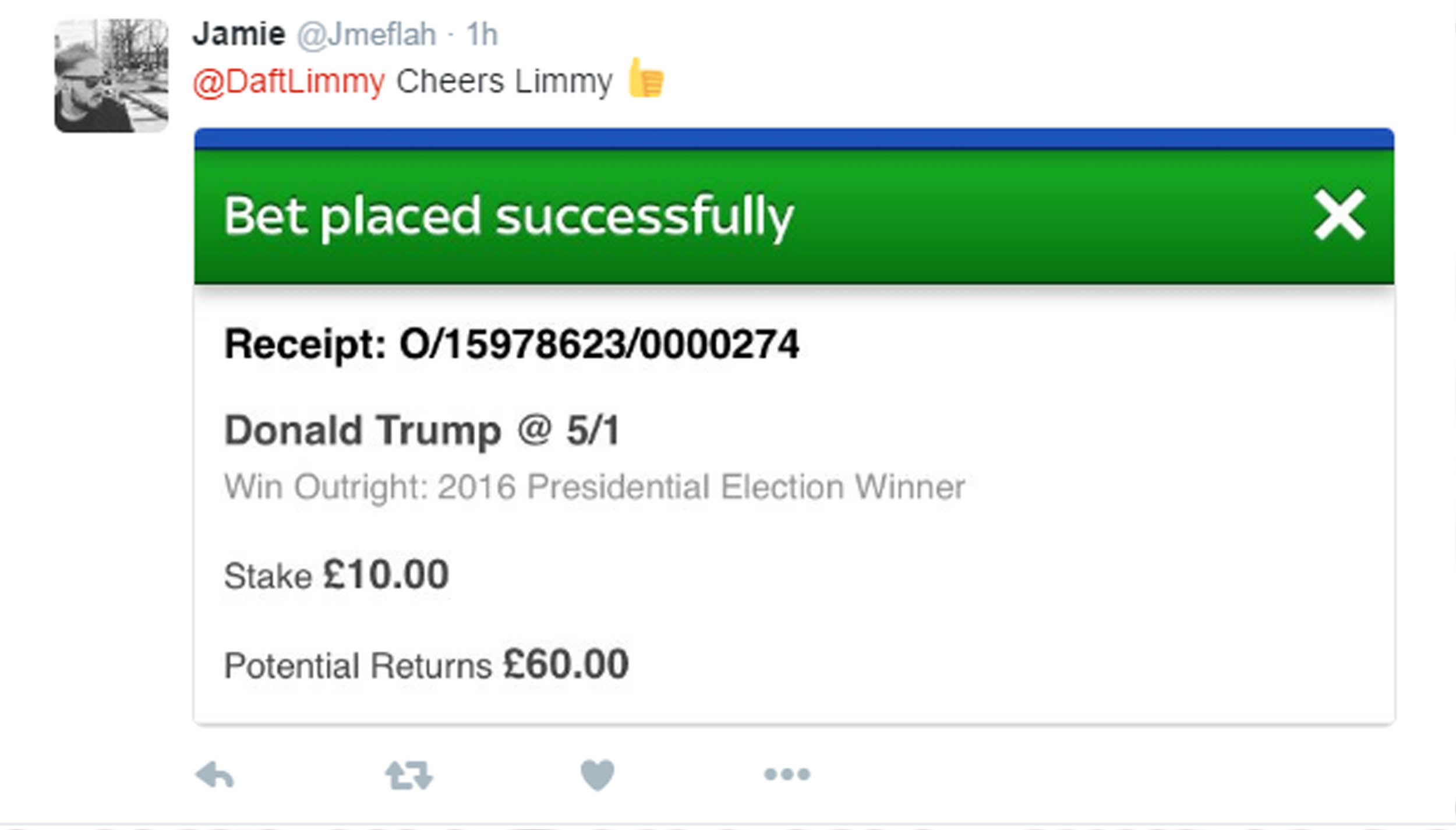 After the result of the election was announced, Twitter users began contacting Limmy with their thanks for helping them to win money.

User @JmeFlah sent an image of a betting slip showing him winning £60, with the caption “Cheers Limmy”.

Tony Munky wrote: “There was big money to be made last night, 280+ for Trump was crazy odds. I had tenner on the win at 5/1, dirty money is that.”

Graham Malcolm wrote: “Thanks for the tip £50 up. Wish I’d put more than a tenner on it now.”

Limmy propensity for making correct predictions will worry many people, given some of the things he has suggested will happen in the next couple of years.

Back in June, the star of Daft Wee Stories tweeted a 24-point plan of things that would happen after the Brexit vote, including that an EU army would be formed, whilst he would become leader of Scotland.

He added that he would then fire nuclear bombs to Buckingham Palace and offer Trump the island of Britain as a US landing base.