THE grieving mother of a 16-year-old suicide victim is campaigning for a ban on GPs handing powerful prescription drugs to youngsters without parental consent.

Britney Mazzoncini, from Glasgow, took her own life in July just weeks after being prescribed 86 powerful anti-anxiety drugs.

Her mother, Annette McKenzie, had no idea her daughter was on the Propranolol pills.

Annette, 35, is convinced her daughter would be alive today had a law been in place forcing the doctor to seek parental consent before prescribing. 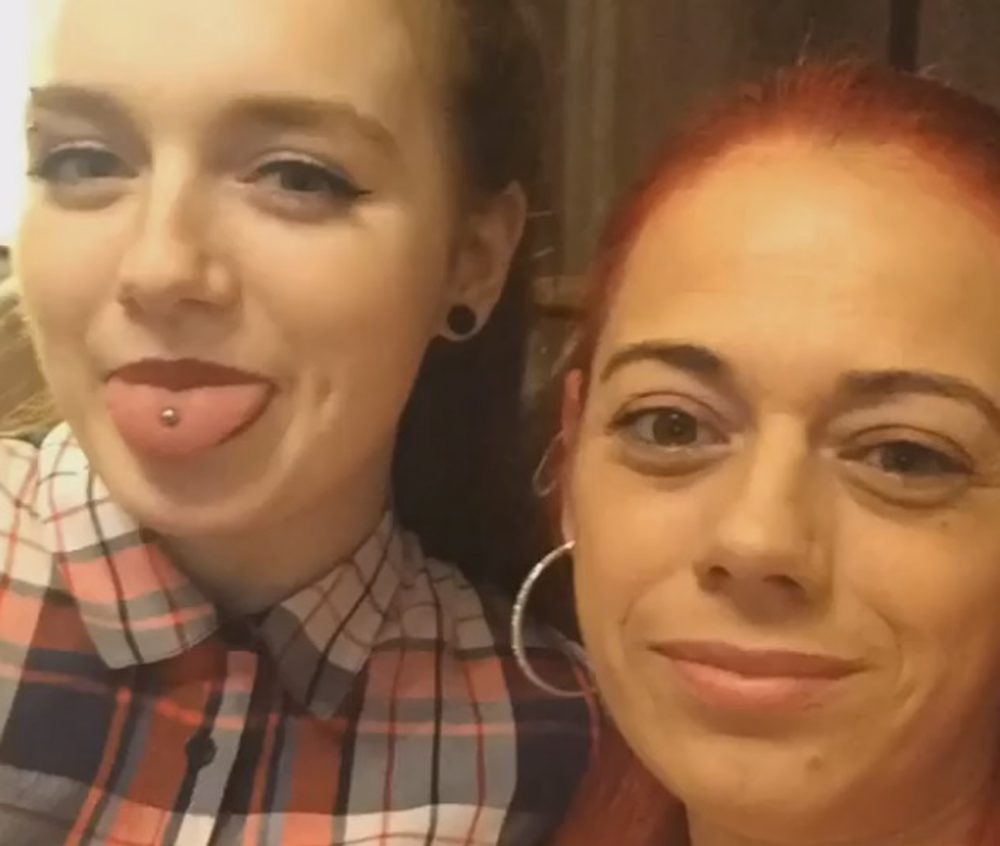 Annette is about to launch a online petition – backed by her local MP – which she says could avoid similar tragedies in future.

Britney told her GP she was having suicidal thoughts and bad panic attacks when she was given the 40mg tablets.

But 16 days later the teenager was rushed to hospital after overdoing at her home in Hillington on the same tablets.

Shortly before taking her own life she had hit out at bullies on Facebook. 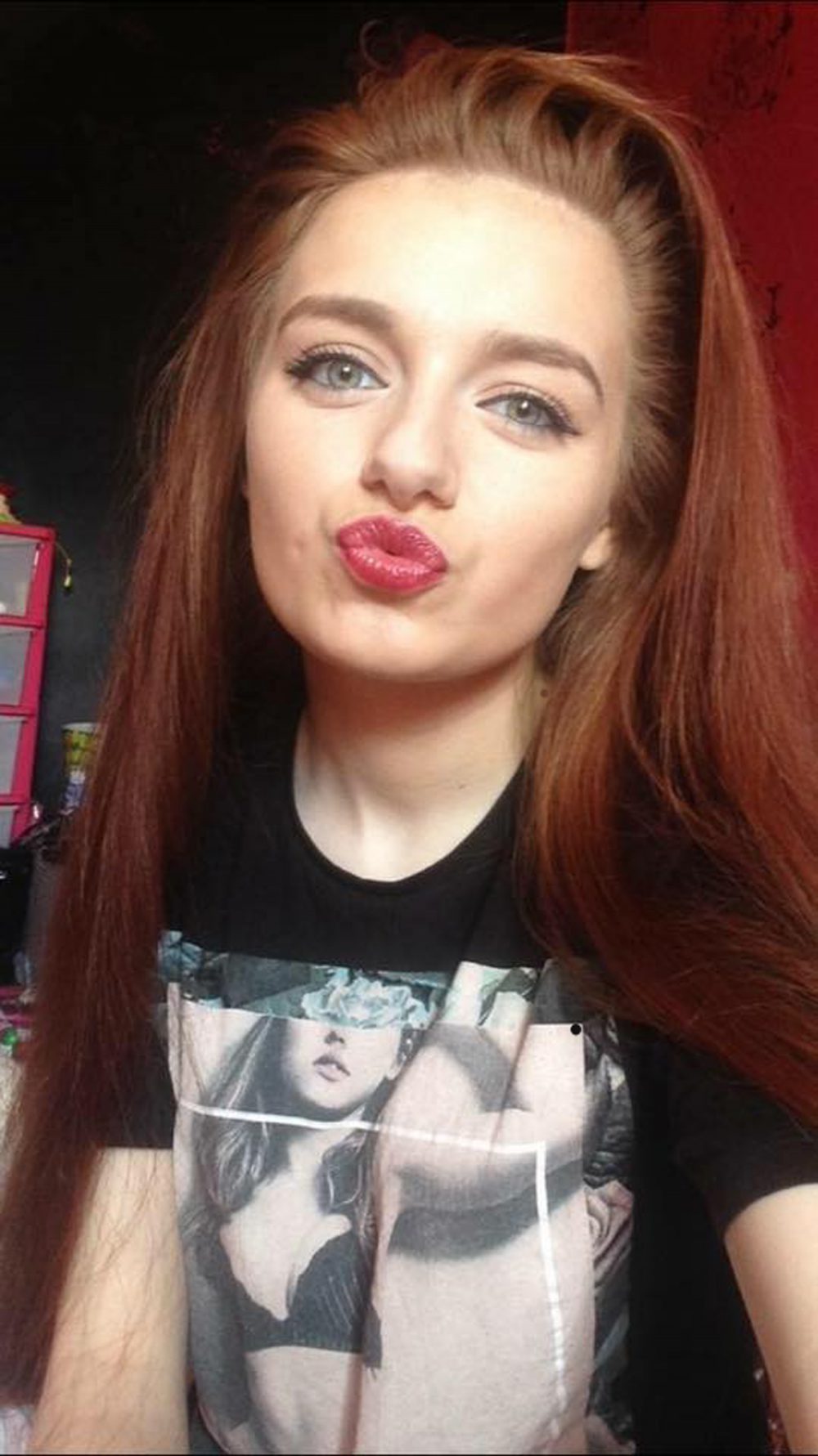 Annette said: “I discovered she had reached out to the doctor and told them she was suicidal.
“Their answer was giving her 86 high-dose pills and telling her to come back in four weeks. Sixteen days later she was dead.”

Annette added: “Since Britney was 16, we were not aware of her visits to the doctor nor were we allowed to be informed.

“Our kids as young as 14 can be given these strong meds if the doctor sees fit without our knowledge or consent. 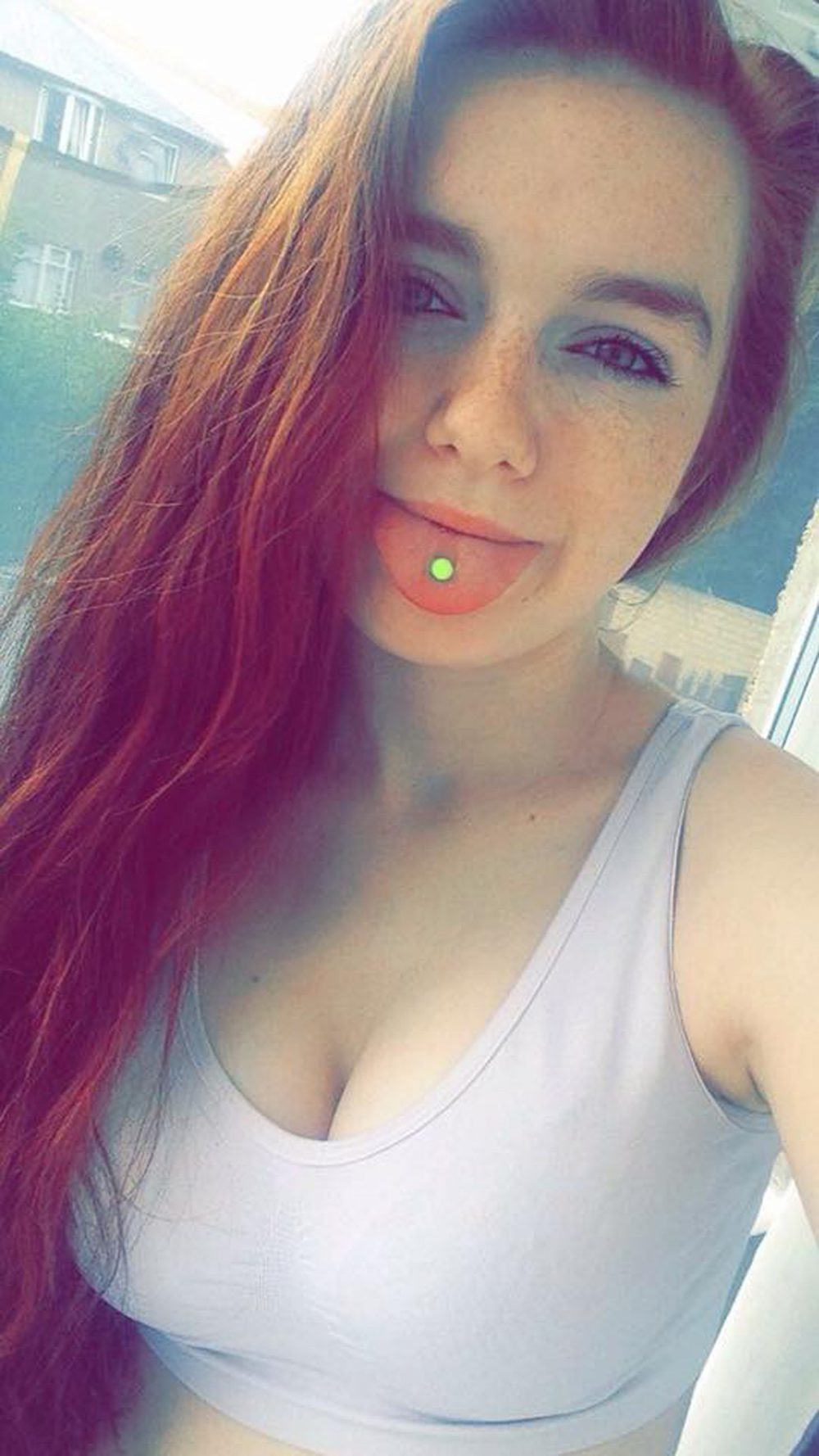 “We thought our daughter was safe under our roof but there was a danger there we had no idea about.

“I really believe if I knew Britney had these tablets, she would still be here today.”

Annette revealed her family had lodged a complaint about the GP which is currently being investigated by the General Medical Council.

She has set up the petition, Britney’s Plea, urging the Scottish Government to change their laws so that no other family has to go through the same ordeal.

On the petition, Annette wrote: “This was the first I knew of my daughter’s prescription and consultation with her GP, despite the fact she expressed to her GP that she had mental health concerns. I was not made aware of this until after my daughter’s death.

“The strength and effect of some mental health medications make it important that parents and guardians are fully involved and aware of the circumstances, allowing them to support treatment and ensure that pathways of care are most appropriate for their children.

“The quantity and strength of medications prescribed to Britney represented danger to herself, and I believe that my daughter may still be with us if I had been privy to the information that was vital to her care and health issues.

“There are undoubtedly cases where young people with mental health issues require prescription medication, in addition to other forms of care.

“However this should only be done in the case of under-18s with the involvement, knowledge and consent of the parents or guardians.” 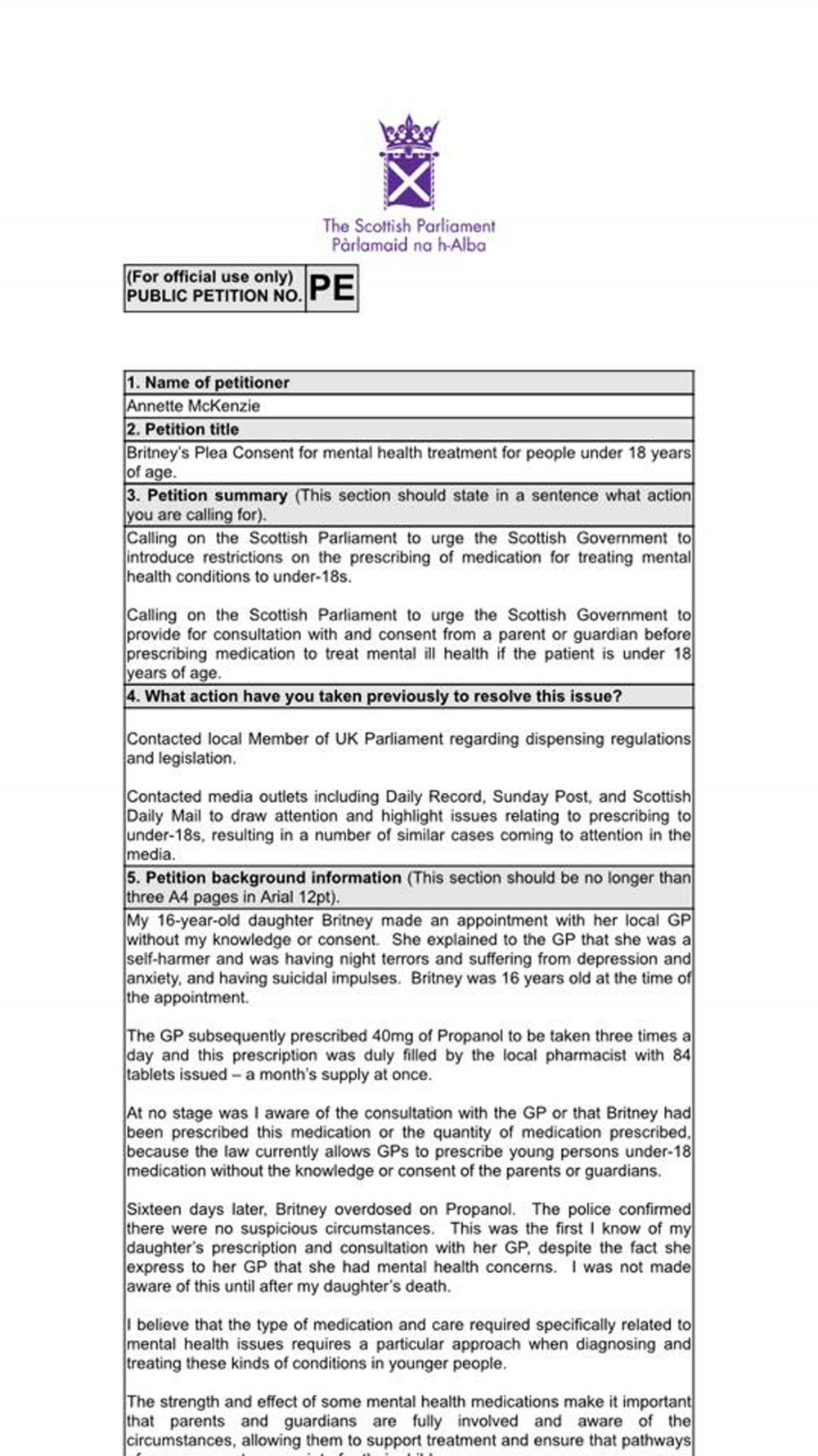 She later added on the Britney’s plea Facebook page: “Had I known my daughter had these tablets I believe she would still be here today.”

The petition has be backed by Chris Stephens, SNP MP for Glasgow South West.

He said: “Annette’s case is tragic and the loss of a child at such an early age is unbelievably sad.

“I’ve written to the medicines regulator, the MHRA, asking what measures are in place in terms of the regulation of medication, and the dosage, to ensure they are suitable for particular age groups.

“No mother should have to go through what Annette has went through.

“The death of one child in these kinds of circumstances is one too many.”