GLASGOW’s most famous cabbie has condemned bin crash driver Harry Clarke after he was spotted sauntering along the same street where he killed six people.

Stef Shaw said he felt physically sick after seeing photographs of Clarke casually walking along Glasgow’s Queen Street, where he left a “trail of devastation” just two years ago.

The taxi driver, well known in the city for writing poems about Scotland, made headlines following the devastating crash after penning a touching piece in tribute to the victims. 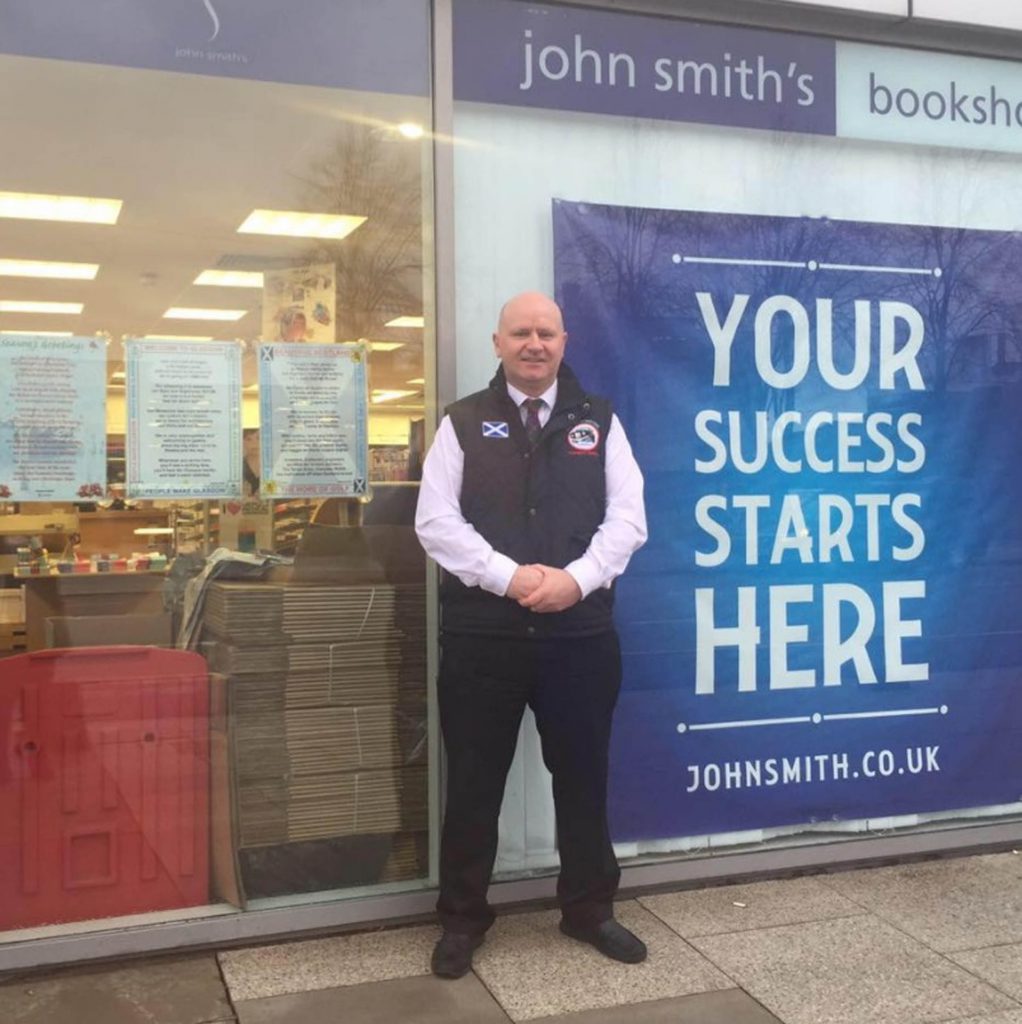 Writing on his official Glasgow Cabbie Facebook page, Shaw said: “The carefree Harry Clarke saunters around Queen Street in Glasgow city centre, the very street where he left a trail of devastation just under two years ago.

“The complete lack of compassion and levels of disrespect shown by Harry Clark is infuriating to say the least. He is rubbing salt in the wounds of victims and families by going anywhere near where he blacked out in his truck on 22 December 2014.

“Seeing him strolling around Queen Street left me feeling sick, so God knows how families of those injured and killed feel.”

He added: “Very sadly, my poetry became known through a poem I wrote and left at the condolence site following the accident! “Glasgow Spirit” was a rather sad but poignant poem that summed up how the people of Glasgow and Scotland felt.

“My thoughts today are with the victims and families of a horrific accident that Harry Clarke shouldn’t have allowed to happen!”

Shamed Clarke, who was slumped at the wheel when his lorry mowed down Christmas shoppers, said he wasn’t bothered about being back at the scene when approached on Monday.

The former Glasgow City Council worker told a newspaper: “Queen Street doesn’t bother me. I blacked out, so I don’t remember anything.”

Relatives of Erin McQuade, 18, and her grandparents Lorraine and Jack Sweeney were shocked to learn the driver had returned the scene of the incident. 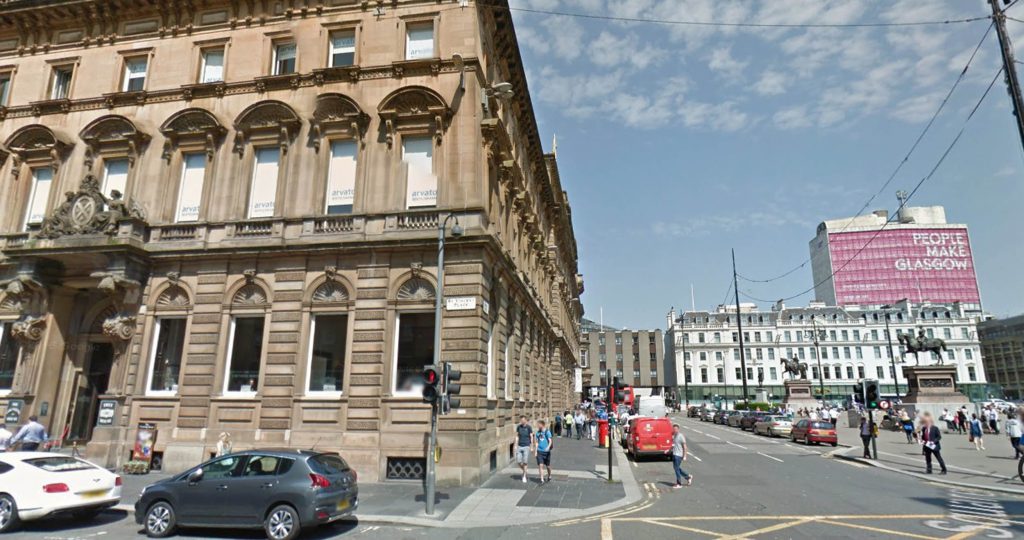 One was reported as saying: “None of us have been able to go there for nearly two years and yet he’s not bothered about going. Maybe he is seeking some form of solace — but we find it difficult to understand he could go there.

“He at least gets to go home and see his family.”

Shaw’s poem, titled ‘Glasgow Spirit’ was left along with white roses at Royal Exchange Square where the lorry hit its first victim.

The poem contains the lines “It’s the people that make Glasgow, it’s what we say and do/ We offer special warmth, a handshake that is true.”

It adds: “Our city stands as one today when together we can weep/ For those we’ve lost in recent times, the memories we’ll keep.” 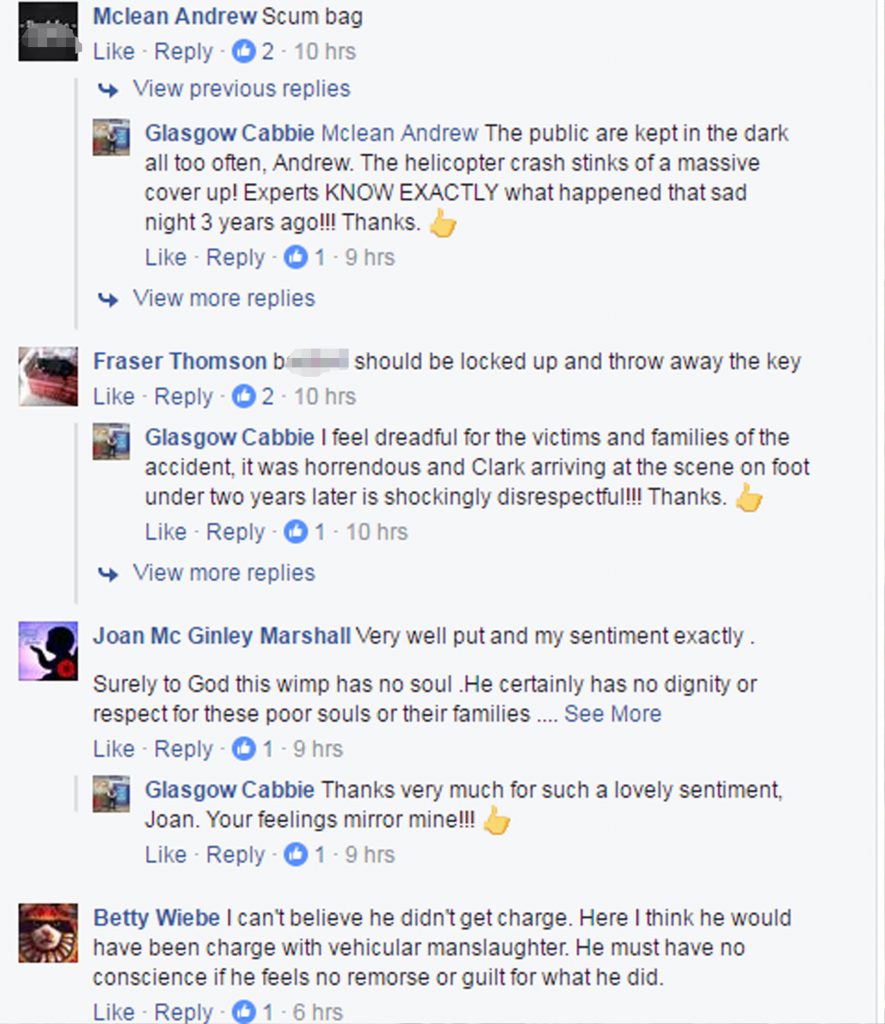 Stef turned to poetry after he was stabbed during an unprovoked attack almost 10 years ago.

On January 6 2006, Shaw was attending his nephew’s 25th birthday party when three men burst into the house and launched an attack using a meat-cleaver, knives and nun-chucks on unsuspecting guests.

Shaw’s heart stopped beating twice in the back of ambulance, and he was off work for two years following the incident.