HILARIOUS video has captured a candidate for worst go-kart driver ever – driving the wrong way around the track before confusing the brake and accelerator and getting catapulted from the seat.

The clip shows the panicked woman leave the track and actually speed up before smacking into the tyre wall and flying head-first on to the ground.

Thankfully, the inept go-kart driver suffered nothing worse than bruises and damage to her dignity.

The spectacular crash happened earlier this month at the Awesome Drive Karting Centre in Wollongong in New South Wales, Australia.

At the start of the footage the woman’s son – who is wearing the onboard camera – is seen looking around the corner and spots his mother driving into oncoming karts.

As he rounds the bend, his mother manages to avoid the other vehicles, by holding the inside line of the corner.

Her son can be heard frantically shouting at her saying “mummy” and holding his hand out trying get her stop -whilst also trying to avoid her.

At one point in the clip, he even stops in the middle of track and watches her drive around the corner. 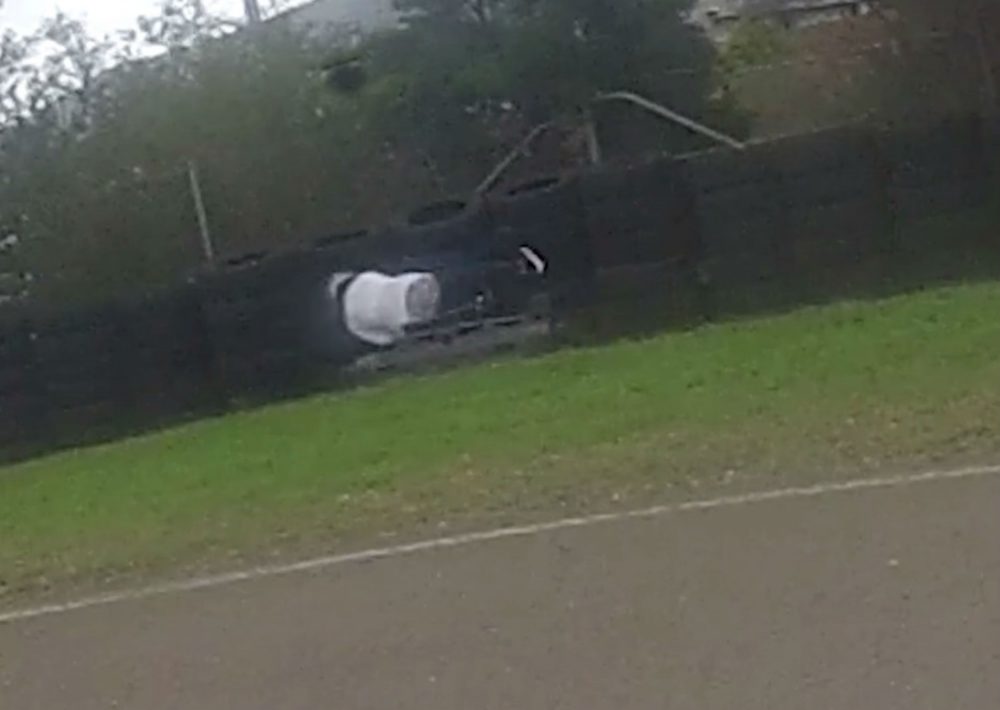 After going around the track again, the lady comes into view and another kart can be seen stopped in the middle of the track with a marshall also trying to stop her.

Picking up speed, the woman appears to panic as her son shouts at her to brake, whilst waving his hand at her.

However, instead of attempting to stop the machine, the women accidentally hits the accelerator and careers into the tyre wall.

The force of the impact causes her to be launched from her seat, over the steering wheel before landing next to the kart.

Despite the shocking looking crash, the woman appears unhurt, with a spokesman for the track confirming she was uninjured.

A spokesman said: “Yes she was fine, maybe a little bruise on the thigh the next day but she walked it off just fine.

“These Sodikarts use a special type of sliding bumper to help absorb impacts such as this one.
“The video was filmed by visitors, a son was recording with a GoPro on his helmet.

“His mother panicked and hit the gas instead of the brake when she realised she was going to drive off track.”

Located around an hour from the regions capital Sydney, Awesome Drive uploaded the clip onto Facebook with the caption: “When you take mum go-karting…”

Currently the clip has received more than 115,000 views from social media users, with nearly 1000 comments with most mocking the woman.

Craig Woods wrote: “I think i might leave the kart in the shed till it’s safe back at that track.”

Lauren Brassington said: “SCREAMING! This would be mum! Watch it all”