THE twin brother of a tragic young footballer who took his own life has urged the government and NHS to give more help to people with mental health issues.

Conor Brown, 22, killed himself in woods near his home on March 6 last year – just three weeks after telling his girlfriend on Facebook how he was looking forward to many more Valentine’s Days together.

His brother, Declan, 23, took to Facebook last night to say he still has no answers to the tragedy a year later.

And he complained bitterly that people with mental health problems were having to wait far too long for treatment.

Conor, who lived in Alloa, Clackmannanshire played for Claremont FC, a team from East Kilbride, South Lanarkshire, who nicknamed him the “holy goalie” because of his ball-stopping skills.

Declan wrote: “If someone is diagnosed with an illness, doctors work round the clock to save their lives, when emergency treatment is necessary, society steps up to raise funds, offer support and fight for life alongside them.

“But what about people who are fighting that illness inside their minds? What do we do for them?

“Are we really accessible to care for the minds of people? The answer is no. An average person has to wait around six months for admission to a counsellor…six months!

“Do we ask physical illness to wait six months until we are ready to treat it? No, because those six months can truly be a matter of life and death. So why do we force a person with a disease of the mind to wait that long?”

He added: “Health services need to see that this too is a matter of life and death. I know this is a lot to do with funding, but we can try to change that. We can raise these concerns with our government, raise awareness and force changes to be implemented.”

“We need to judge less and support more,” he wrote. “Who knows? Maybe if those struggling can see us fighting for them, it may spur them to want to fight for themselves.” 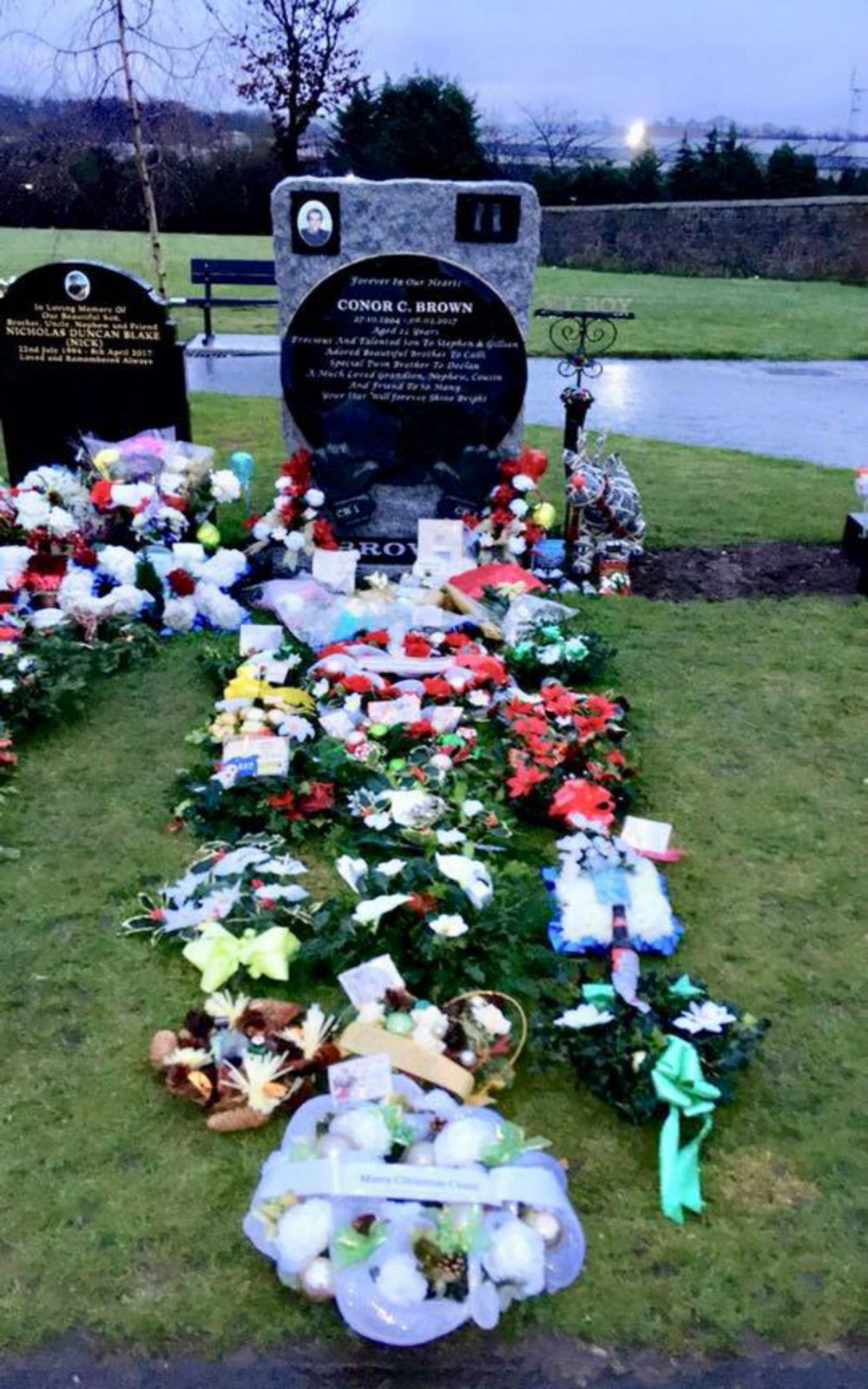 Declan also reflected on how there were no signs to indicate that his brother was suffering and would take his own life.

“To those who knew him, Conor was everything we wanted to be. He was never without a smile, and rarely had a bad word to say (unless you were having a go about his beloved Celtic). He never lived with “what if”, he just did. That was something I looked up to.

“He was the life and soul of a party, an amazing goalkeeper and not short of admirers.”

“Over the last year, I have tried to find a conclusion; a turning point. I tried to search for answers to give myself and my family peace of mind, because we have been destroyed.

“Why did our boy not want to be here? What did we miss? Could we have changed things? I could go on forever about the questions that run through our minds as we lay in bed at night and struggle through the days ahead.

“It wasn’t just his life ended that morning; a part of our own left with him.

“I think of my mum and dad, as they wake up each day, parents of three children, except they don’t get to have three children there any more. Again why?”

The post has attracted thousands of likes and hundreds of comments from social media users who agree that more needs to be done.

Ruth Carruthers said: “To wait six months still in this day of high technology is unacceptable for people suffering with mental issues. It has to change.

“Pouring our money into aid for other countries when we need money for our suffering here. My thoughts are with you and your family. Very sad, bless you.”

Sharon Pollock wrote: “This is so sad. Sorry for your loss. What a handsome lad he was. There has to be more done for people who suffer from depression.”

Conor posted a message on Facebook on Valentine’s Day last year telling his girlfriend he wanted “many, many more” such days with her.

And shortly before his death, the talented footballer had also shared several images of himself with his girlfriend Derrie Thomson.

A spokeswoman for public mental health services at NHS Health Scotland, said: “Every death by suicide is a tragedy with life changing impact on families and communities.

“Declan Brown’s tribute today to his brother Conor, lost to suicide last year, shows us just how much. We must do everything we can to prevent death by suicide.

“This includes creating a mentally healthy Scotland by developing more responsive services and listening to people with lived experience.

“A universal response to suicide prevention can help us do this. One where we raise the skills and build confidence in everyone – not just professionals – to spot and respond to people in distress, has huge potential to help prevent suicide in Scotland.”

“Last week I published our draft suicide prevention action plan, and I want to get the views of people affected by suicide and those delivering support on how it can be strengthened further. And this week we’ve seen the creation of a new HND course in counselling which will help improve access to talking therapies.

“Demand for mental health services is increasing as people become more aware of both mental health problems and of the care available, and as stigma reduces.

“Whilst in the last quarter the average wait for Psychological Therapies was seven weeks, there are too many people who are experiencing waits that are too long. That’s why we’ll continue to support the improvement of mental health services through our Mental Health Strategy, backed by £150 million of additional investment over 5 years.”