SHOCKING video shows the moment a reckless driver swerves through a level crossing as the barriers descend on his vehicle.

The impatient driver ploughs through the crossing as the barriers are lowering, swerving left and right to avoid them.

British Transport Police (BTP) released the video saying it showed “how not to use a level crossing”.

BTP said: “The driver was lucky their actions didn’t cause a serious incident. They’ve been fined, disqualified and ordered to resit their test.”

The clip has been viewed over 3,400 times since it was uploaded yesterday (THU).

The footage begins with a grey vehicle turning a corner and heading towards the Greenfoot Level Crossing – but the warning lights are flashing and the first set of barriers are already beginning to lower.

This doesn’t stop the dangerous driver though, who simply swerves to the right to avoid the barrier slamming into his bonnet.

They then swerve speedily to the left, nearly losing control of the car, to avoid the second barrier which has fully lowered.

As the second set of barriers lower – the driver can be seen speeding off into the distance. 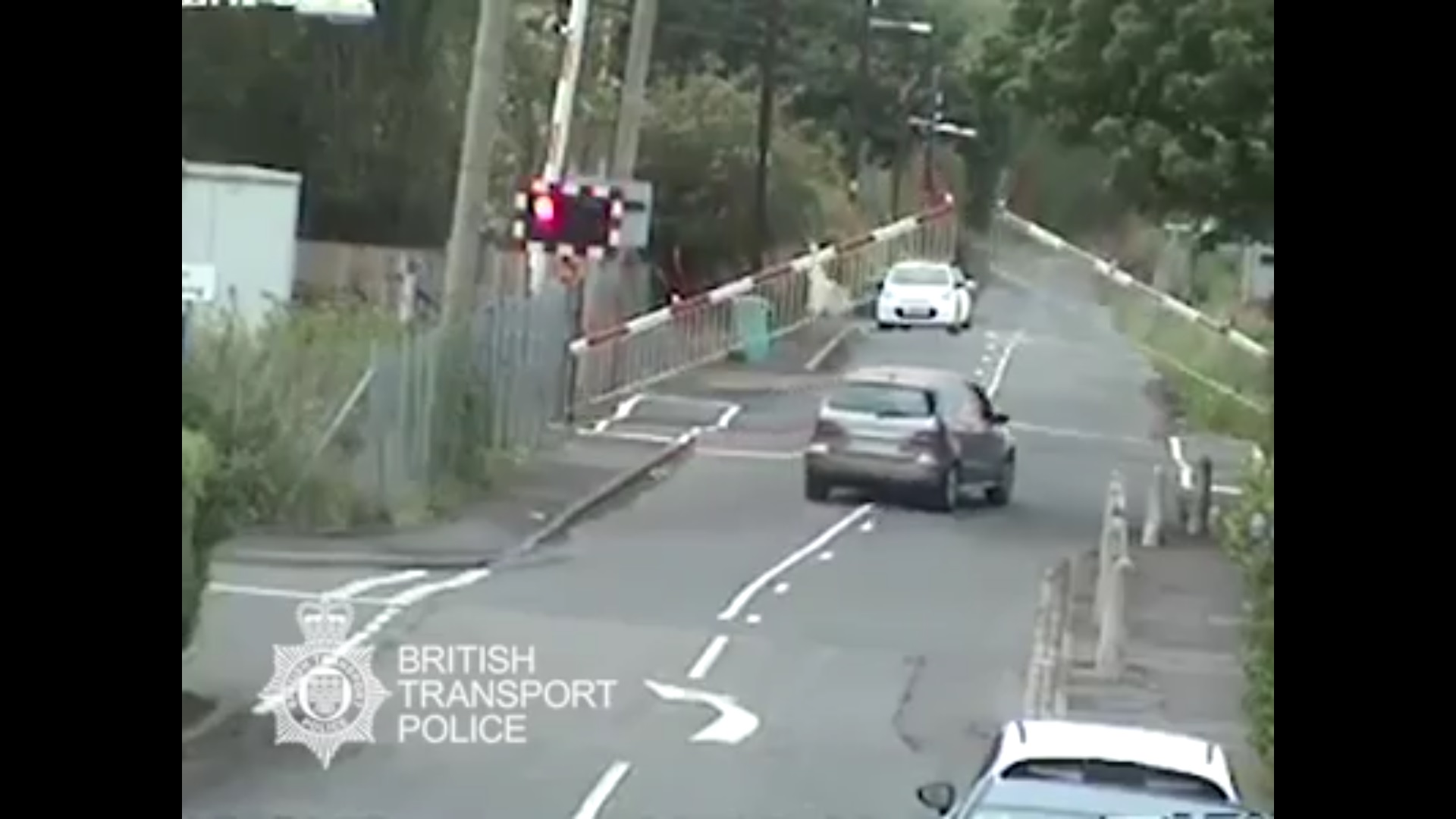 On social media, Norman Stewart said: “A good case for the Crown I think, and one more deservedly disqualified driver. Another idiot off the roads.”

Emma Grossmith added: “What a fool.”

Jonathan Gibb-Walsh said: “All that for saving 10 seconds off their drive to get buckie?”

Ian Judge wrote: “Should get the cars confiscated.”