A SCORNED wife has taken spectacular revenge on her “lying, cheating husband” by putting up “lost dog” posters in one of Scotland’s busiest tourist towns.

The posters, put up in the normally douce community of Pitlochry, Perthshire, claim the man is a “Lost Dog. Breed – S***-screw”.

The A4 posters not only name the alleged miscreant but feature a large picture of his beaming face above claims that he also chases men and has sexually-transmitted diseases. 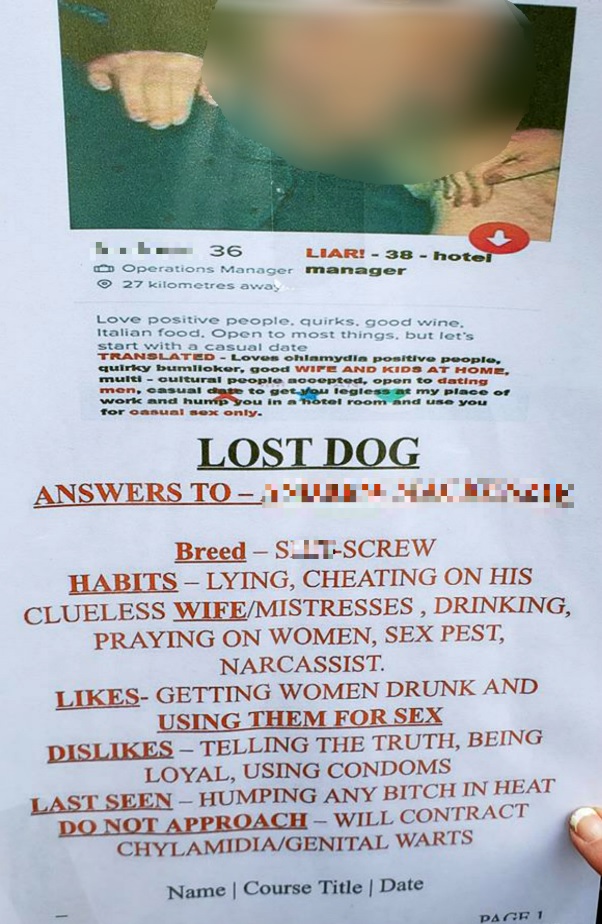 “Likes – getting women drunk and using them for sex.

The poster then ends with a warning to anyone who may approach the man, stating: “Do not approach – will contract chlamydia/genital warts.”

The picture of the man appears to be from a Tinder account he has set up.

The Tinder profile states the man’s name, his age and occupation.

Even there his wife sticks the knife in, claiming the man has taken two years off his age and is glamourising his job.

She has also corrected the description underneath where he wrote: “Loves positive people, quirks, good wine, Italian food. Open to most things, but let’s start with a casual date.”

“Open to dating men, casual date to get you legless at my place of work and hump you in a hotel room and use you for casual sex only.”

A baffled visitor spotted the poster outside a shop in Pitlochry and posted it on Facebook.

The photograph was immediately re-shared across social media but has since been removed from the site.

In 2016 flyers were found stuck all around Woolwich in south-east London from another scorned lover who was outing her “cheating ex”.

The bizarre posters, also in the style of a lost dog poster, branded the man in question “a compulsive liar, a manipulator, a cheat and a head f***.”

It warned: “B*****s beware this specific breed of dog hasn’t been neutered and is likely to attack ANY female. 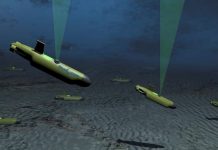