SIR CHRIS Hoy has finally revealed the secret behind his Olympic success – and he’s been sitting on it for all this time.

The six-time cycling Olympian revealed on Twitter last night that he used to cycle around with a four leaf clover stuck underneath his seat.

Hoy, 42, shared a snap of his old bike saddle – showing what remains of the rare, brown plant that was with him through years of success. 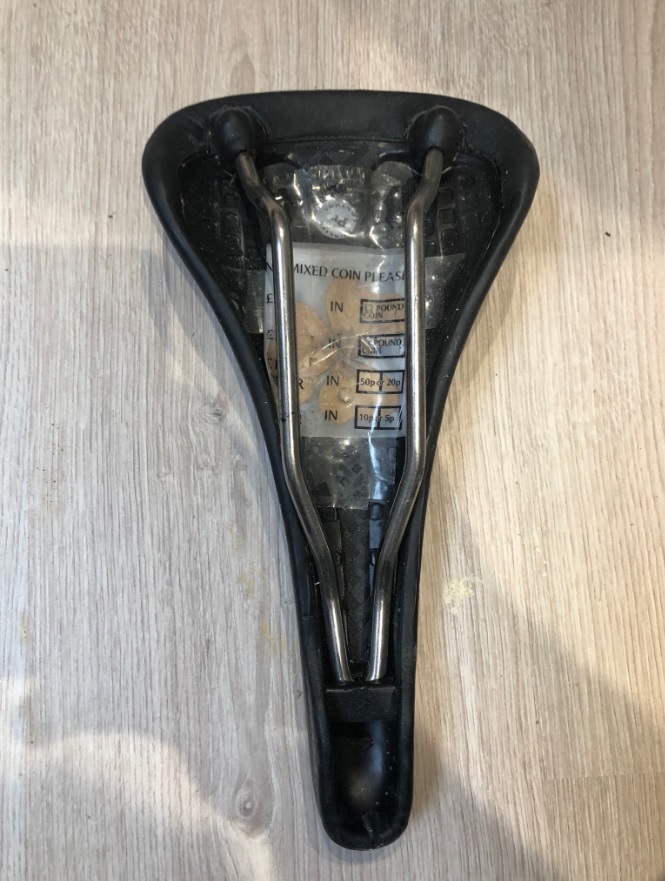 The old clover, believed by the superstitious to bring good luck, can be seen being held in place by an old plastic coin bag.

The father-of-two from Edinburgh discovered his good luck charm while sorting through his old biking gear yesterday.

Sharing two images of his discovery on Twitter, he wrote: “Going through some old bike kit today and found this; a seat from my race bike with a 4-leaf clover stuck on the underside.

“So now you know the secret!” 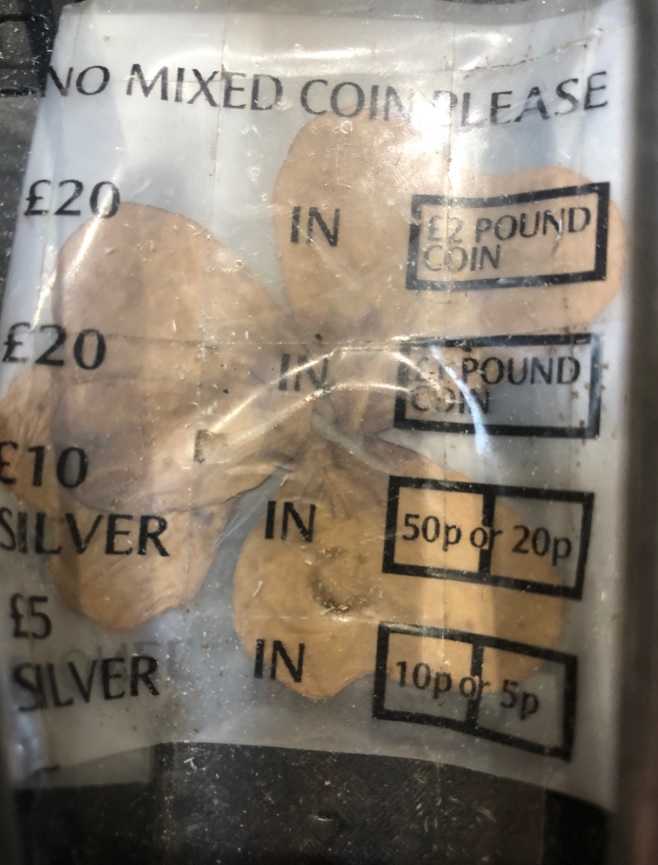 The father-of-two also added a winking face, a medal for first place and a four leaf clover emoji.

Hundreds of fans liked the post while dozens left comments underneath.

Samantha Knighton said: “Luck is ok but I’m sure it was the constant hours of training and dogged determination that won though in the end.”

Karolyn Brown wrote: “Brilliant. I used to put one down my running socks many moons ago when I was in academy.” 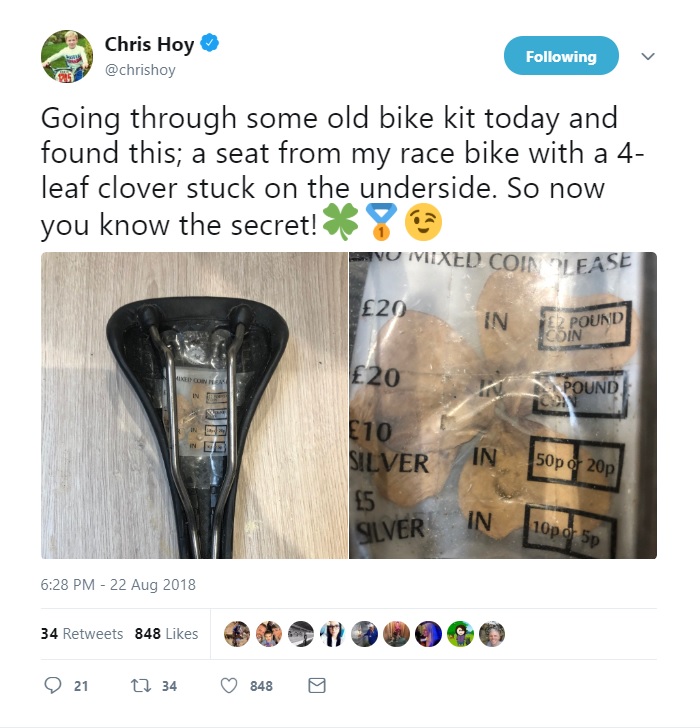 Moira Graham wrote: “Treasure it for the wee ones when you say….did i tell you when…”

And Sarah Dawson said: “Brilliant but I’m sure pure grit, strength and determination had a little to do with it.”

While Neil Dick added: “The secrets out @chrishoy.”

It is claimed that there are approximately 10,000 three-leaf clovers for every four-leaf clover. 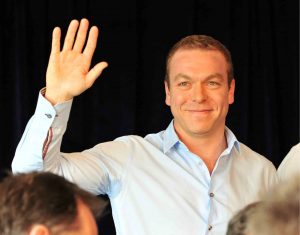 In the past, Hoy has put the secret to his success down to coffee.

The cycling king said it’s his own barista skills that helped him stay on track to medal success at the Games.

Hoy is an eleven-time world champion and six-time Olympic champions, making him the second most celebrated Olympic cyclist of all time.

He then went on to win a further two gold medals at the 2012 Summer Olympics.

Hoy grew up in Murrayfield near Edinburgh and began cycling at the age of six after reportedly being inspired by the 1982 film ET.

He and his wife Sarra have two children, Callum and Chloe.