AMAZING footage show a four-year-old bagpipe fanatic wowing a huge crowd at a Highland Games in the US.

Calum Vinson, who has played toy bagpipes since he was a toddler, steals the show as he appears alongside well-known pipe band Albannach.

The fearless tot, perched on top of a drum, stamps his feet and sways in time to the beat, completely undaunted by the crowd.

Calum, from Middletown, Delaware, is dressed in full Scottish attire including a little kilt, shirt, bow-tie and a scotch bonnet cap to top it all off.

And at the end of the performance at the New Hampshire Highland Games, the boy is held aloft by one of the musicians to an adoring crowd.

Calum has been “playing” his pipes since the age of two and according to his parents, has a big future ahead of him. His obsession with everything Scottish stems from the family business which sells kilts and other items.

In the video, he stomps his feet furiously to the beat and blows into his set of plastic bagpipes, looking completely unphased by the fact he’s playing in front of thousands of people.

As the music stops, he removes the pipes from his mouth and salutes to the crowd.

He is then lifted up towards the audience where he gives a big a wave to his adoring fans.

A video of him playing, taken by one of the Albannach band members, was uploaded to Facebook and has received more than 187,000 views 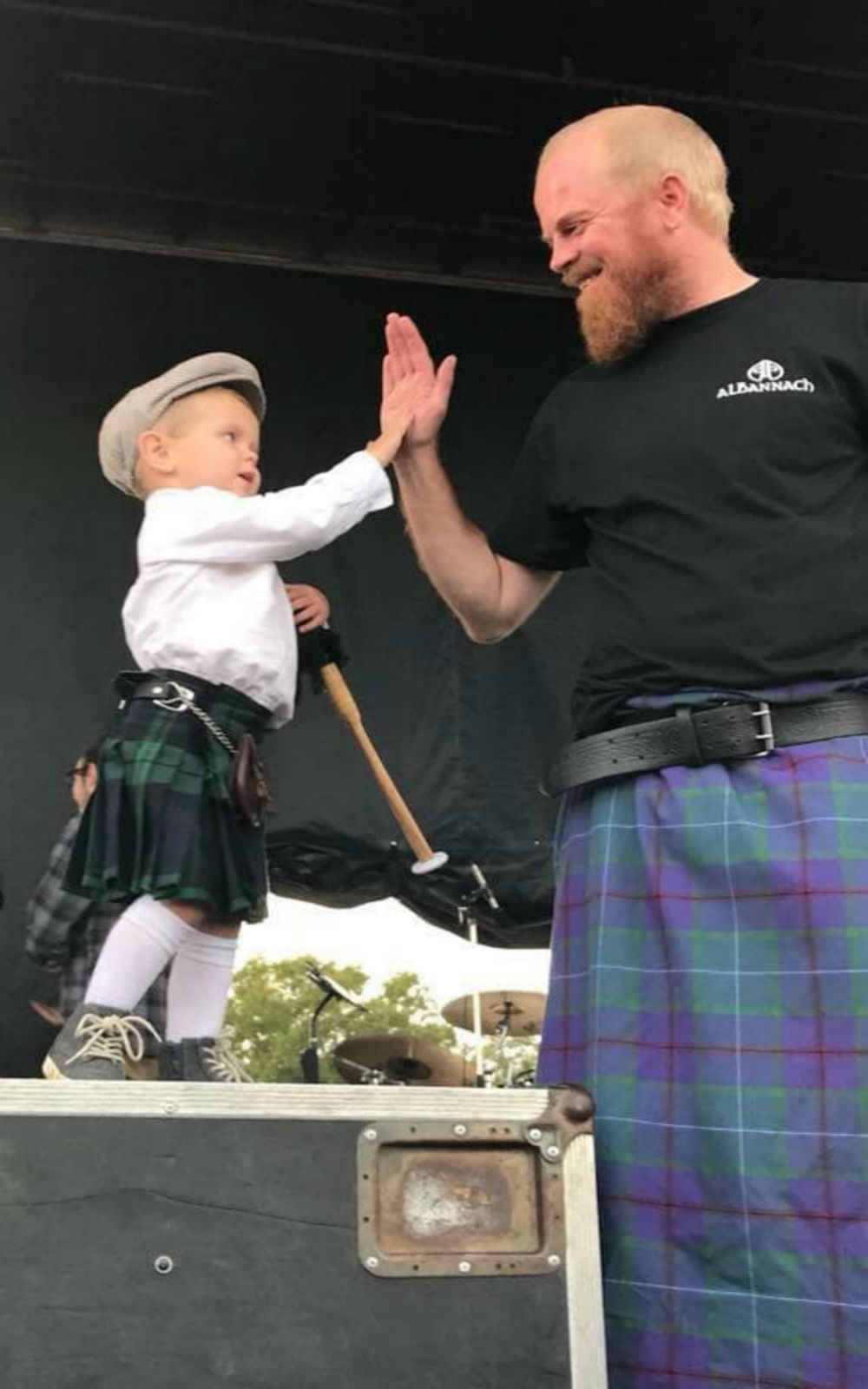 Kris Stephens-Menezes said: “Look out Boys!! Ya got some competition for that stage! Too cute.”

Cynthia Hickson said: “This is so awesome!”

“It’s his normal everyday toy which for most kids it’s not the same at all.”

He also said he was “incredibly proud” of his boy and sees a big future for the little guy.

He added: “It amazes me to see him so happy. It’s something our family has been involved with for many years so it’s nice to see him getting involved.

“I’ve just got him started on lessons with a practice chanter, so hopefully he’ll carry that on.

“We’ve had interest from the likes of Ellen DeGeneres, Steve Harvey and Warner Brother studios so we’ll see where that takes us.”

Last year, a clip of Calum playing his pipes with a pipe band attracted more than 2.7 million views.