Numbers of wintering waterbirds in Scotland have increased overall but some species, particularly waders, are being affected by our changing climate.

The research shows that overall numbers have increased by 25% since 1975, but there is considerable variation between groups and individual species. Most waterbirds can be highly mobile and research has shown that some are shifting their distributions in response to environmental changes.

Numbers of waders – including species such as dunlin, knot, golden plover and lapwing – have declined by 10%, after peaking around 1997/98.

Part of the reason for this is climate related – Scotland is in an important position within the East Atlantic Flyway, the migration route used by these waders, and climate change has resulted in some species shifting wintering sites.

Knot and dunlin, for example, are highly mobile, with milder winters allowing birds to remain on continental wintering sites rather than coming to Scotland.

Wildfowl numbers have remained relatively stable, but while species such as swans and red-breasted merganser have increased, goosander, goldeneye and scaup have declined.

Mallard numbers in Scotland have also declined by 40%, matching the UK national trend. The reasons are unclear, but some mallard migrate from the continent and may be choosing to remain there during milder winters. Further research is required to understand the reasons for the decrease.

Meanwhile the majority of goose populations have increased. Barnacle geese have seen some of the largest increases, while in contrast, Greenland white-fronted geese have declined since the late 1990s.

Factors on the breeding grounds, including high late-spring snowfall and competition with Canada geese that are spreading northwards into Greenland, appear to be having an impact on white-fronted geese.

Simon Foster, NatureScot Trends and Indicators Analysis Officer, said: “Scotland’s coasts and waters are hugely significant for wildfowl and wader species, with more than 50 sites of international importance. Many are long-distance migrants, breeding in the high Arctic and wintering in Scotland.

Ben Darvill, BTO Scotland development and engagement manager, said: “Volunteer birdwatchers work together throughout Scotland, heading out once a month to monitor a diverse range of wetland and coastal sites.

“It’s their sightings which allow these assessments of population change. There are Wetland Bird Survey sites for all abilities, from village duckponds to complex estuaries. The information is all valuable, and volunteers can make a meaningful contribution while enjoying some fresh air. Contact BTO Scotland for further information.” 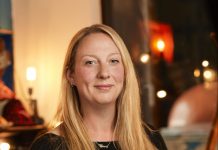