WITH the completion of St James Quarter in Edinburgh edging closer, there has been mixed reviews across the city about the building.

After five years of construction the £1 billion pound project is almost finished as the last of the projects cranes have come down.

Funded completely by overseas capital, the copper building will have 850,000 square feet of retail space, around 30 restaurants and the city’s first Everyman cinema. 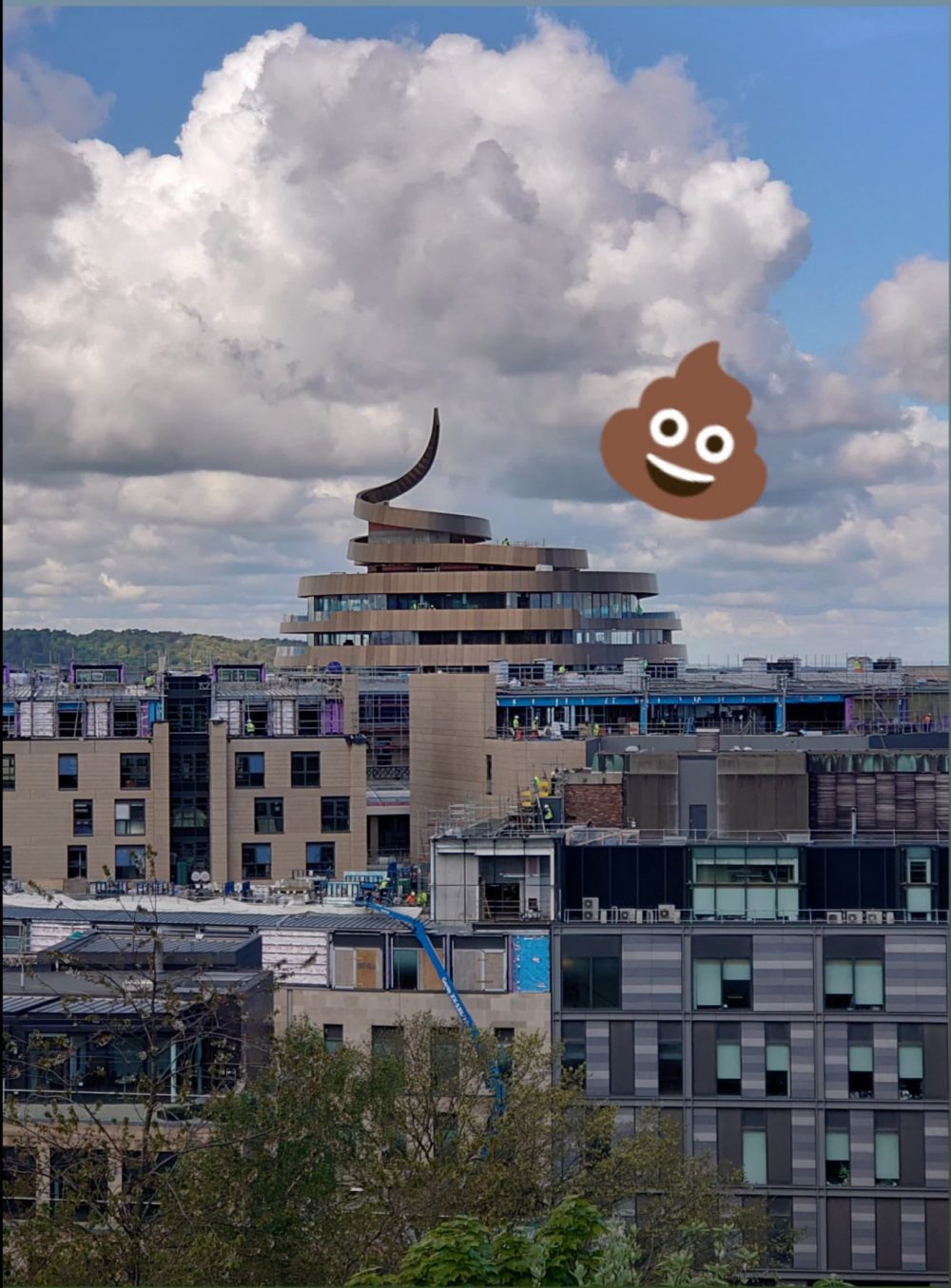 Not everyone is completely sold with the massive project as the building does have a unique look to it.

Many people have linked St James Quarter to looking like the Poo Emoji.

“I actually do like the building it just does not fit in with the other older buildings around it.

“It stands out, that’s for sure, not in a bad way but you definitely notice it from afar.”

Retired firefighter, Martin Wilson Gray , 55, from Cornwall added: “I don’t know what it is supposed to emulate or aspire to be but we did spot it from a distance.

“I don’t really see the resemblance of the Poo emoji for me it looks more like the tail of a dragon.

“Personally I think the sum of one billion pounds is a lot of money, it really depends where the money came from. If it is private money then that’s fine but if it is public money i would say that’s not really good value for money.

“It definitely draws your attention in you can’t miss it it is really noticeable.”

Mark Rimmer, 23, Retail worker, from Edinburgh was not too impressed with the building. He said: “I definitely think it’s an improvement on the old shopping centre it’s replaced but the swirl at the top seems like a strange choice to add to the Edinburgh city skyline considering all of the historic buildings it’ll be next to.

“The building itself looks similar to what I pick up after my dog.

“Obviously it’s been in construction long before the pandemic started and there was no way to predict the economic effect it would have but I think with the decline of the high street across the country with people going opting towards online that the billion pounds could have been used to improve princes street or other retail areas.”

On a photo posted in Facebook community group The Meadows Share last week, many people in the comments thought the building did resemble a poo.

Another facebook user agreed by saying ” The Gilded Turd really does make me laugh.”

The reaction seemed to be similar throughout with one user commenting: “O my god that New Tuuurd Build is disgusting!!!!!”

“That big s**t in the background spoils what would of been a beautiful picture” was another of many similar comments.

Laing O’Rourke is the principal contractor delivering the development which replaces the existing St James Centre constructed in the 1970s.

FUSE is the brand which has been created for the retail and hospitality skills academy being delivered by St James Quarter.

FUSE is being delivered as part of the Growth Accelerator Model (GAM) agreement between St James Quarter, the City of Edinburgh Council and the Scottish Government.

St James Quarter includes over 15,000 tonnes of steel making up some 33,000 individual pieces which have been all designed and fabricated just 45 minutes away from the project by BHC in Carnwath, South Lanarkshire.

Upon completion, the development is anticipated to deliver over 3,000 new full time jobs in a variety of sectors, and up to 5000 construction jobs are being created during the build, further supporting the city’s job market.