MUSSELBURGH Racecourse stages a competitive seven-race card on Friday afternoon. The action gets underway at 2.15pm and concludes at 5.40pm.

The ground at the track is currently soft and the feature event is at 4.00pm with the Ladies Day Gold Cup. Read on for our race by race guide to the meeting. According to OLBG, one of the most popular tips is Lion Tower for Grant Tuer.

Aramaic is deeply respected having finished a narrow second on his second career start at Kempton.

He now makes the switch from the All-Weather to turf and that should not be an issue on his breeding, He therefore is towards the top of the shortlist, but may find Imperial Eight tough to beat.

The three-year-old daughter of Lawman has filled second on her first two starts and shaped with promise at Nottingham last month.

This looks a trappy event. Gangway was disappointing on his latest start but given connections, he remains interesting going forward. Battyeford Boy makes a quick reappearance having scored in fine style at Leicester earlier this week but is respected.

However, Sun Rising makes appeal. An 80/1 winner at Beverley last time out. There was no fluke about that win and he is taken to defy a mark of 56.

Melody King has a solid profile and scored at Hamilton earlier this week. Refuge is another to note, but has filled second on his last three starts which is a slight concern.

With that in mind, Primo’s Comet ran a career best when second in a better race than this last time out and gets the vote.

Top-weight Mundatab is deeply respected given his fine form so far this term. Gometra Ginty is a course and distance winner and is another to note along with Be Proud.

However, the vote goes to Lion Tower. A course and distance winner, he has been in fine form all season and finished a good second at Thirsk earlier this month.

Wootton Creek needs to step up on a couple of below-par efforts so far this term, but is not discounted along with Basharat who shaped with promise on his British debut at Yarmouth. Heart Throb however looks the one to beat.

The three-year-old filly posted a career best when third at Redcar in July and now stepped into handicap, he is taken to come out on top in this event.

Top-weight Smart Lass is high on the shortlist given her course and distance winning form, but Yukon returned to form when a good second at Beverley on his latest start.

How Bizarre and Mi Capricho both boast course and distance winning form and are respected along with top-weight King Of Tonga.

However, My Thought gets the vote. A winner of two of his last four starts, he is taken to land the finale. 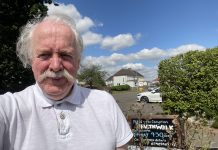 Author shares tale of his new love for Health Walks 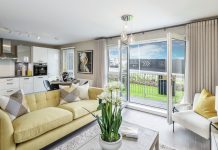 Showhome of the season launches at desirable Edinburgh postcode