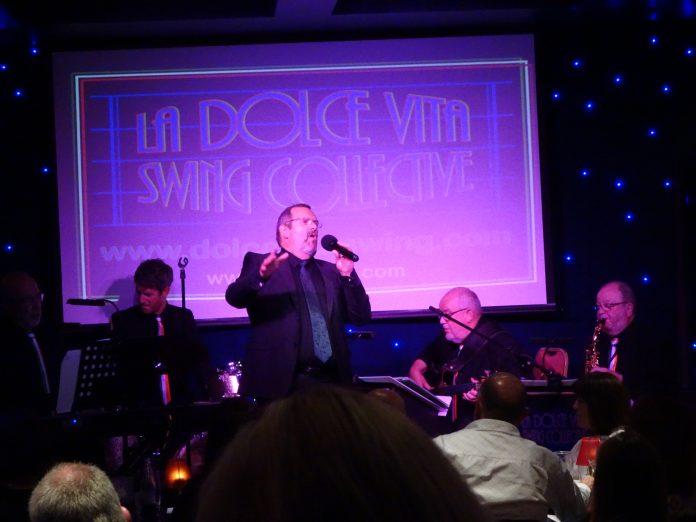 It starts with hum, then a toe-tap and before you know it you are singing along to the tunes that you know so well.

But what’s better, a night with the La Dolce Vita Swing Collective introduces you to new arrangements of those popular songs with an Italian-esque twist – as well as showcasing a selection that won’t be so familiar.

Vocalist Tony Delicata put together the band with a collection of musicians from Edinburgh and Blairgowrie whose previous talents range from West End musicals to The Jools Holland Band.

Their debut concert at Le Monde started strong with Tony’s powerful vocals on the likes of ‘I’ve got you under my skin’ and ‘Nice and Easy’ starting to carry the audience. ‘Come Prima’ and ‘O Sole Mio’ gave us the first real feel of the Italian influence.

But it was after the interval that the Collective – and the audience – found their stride. The timeless – and age-less – appeal of the Rat Park tunes soon had the crowd moving from humming along and a foot-tapping, to full on sing-a-long mode as the band ripped through classics such as ‘Come fly with me’, ‘King of the Road’, ‘That’s Amore’ and ‘Volare’.

By the time of the closing numbers of the near two-hour long show, ‘La Dolce Vita’ and (of course) ’New York New York’, the crowd was sold.

It really does show that it does mean a thing, when it does have that swing.

For tickets and more information available through: www.dolcevitaswing.com