Gregory Smithson was removed from the Nursing and Midwifery Council (NMC) register last week following his conviction at Hull & Holderness Magistrates’ Court in 2020.

Smithson, from Hornsea, East Riding of Yorkshire, was rumbled after police found him uploading an indecent image of a child to the app Kik in July 2019.

They then found him in possession of over 1,000 indecent images of children across categories A, B and C – 303 of which were found to be “unique”.

In November of 2020, Smithson, who worked as a clinical nurse manager, was convicted of making an indecent photograph or pseudo-photograph of a child.

Smithson was later sentenced at Hull Crown Court to 10 months imprisonment suspended for 18 months with a rehabilitation activity requirement of up to 30 days.

He was placed on the sex offenders register for 10 years, was instructed to forfeit his mobile phone, and told to pay a victim £149.

The NMC last week decided that Smithson’s fitness to practice was impaired by his conviction and issued him with a striking-off order.

Their report stated: “Nurses occupy a position of privilege and trust in society and are expected at all times to be professional.

“Patients and their families must be able to trust nurses with their lives and the lives of their loved ones. To justify that trust, nurses must be honest and open and act with integrity.

“Although the conviction in question was not related to Smithson’s clinical practice and occurred in a domestic setting, the nature of the criminal conviction is such that it impacts on the safety of patients, in particular, the safety of children in his care.

“Children suffer harm as a result of indecent images being made, possessed and distributed.

“Offences involving indecent images of children exploit children and amount to an abuse of children.

“It is therefore not guaranteed that a member of the public in Smithson’s care, would be safe, or indeed, feel safe, in his care.”

In a police interview at the time, Smithson said he had “begun offending over three years ago when he was working as a psychiatric nurse”.

The judge Hull & Holderness Magistrates’ Court described the images that Smithson was found in possession of to be “horrific”, “revolting” and “disgusting”.

The NMC report states that Smithson “mentioned that it was more about the collection than the material, but understood what he was doing to be wrong.”

On making their decision to issue Smithson with a removal order, the NMC said: “There is no evidence that the concerns in this case can be remediated.

“Should such conduct be repeated, there is a risk of putting other members of the public at risk of harm and also the risk of further damage to the reputation of the profession.

“Smithson completed the Stop It Now programme and engaged fully with Project Nova. It is the panel’s view that Smithson showed genuine remorse for the harm caused by his offending.

“However, Smithson’s actions were significant departures from the standards expected of a registered nurse, and are fundamentally incompatible with him remaining on the register.

“Balancing all of these factors and after taking into account all the evidence before it during this case, the panel determined that the appropriate and proportionate sanction is that of a striking-off order.” 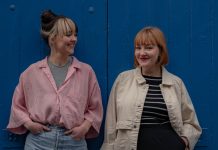 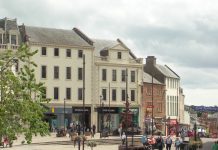 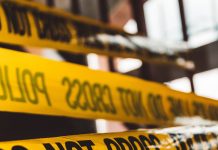