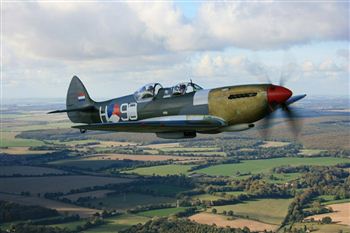 AS PART of the many air battles during World War II the iconic Spitfire helped Britain to victory during the momentous war.

And now one lucky air enthusiast will be able to own their very own piece of aeronautical history.

Bonhams Auction House is offering an airworthy Vickers-Supermarine Spitfire for sale at an auction in April – the first sale of its kind in over 20 years.

The distinctive aeroplane has an estimated value of £1.5 million, but the auction house believes it could sell for close to £2 million when it goes on sale at the RAF Museum in London.

Last month Bonhams sold a non-airworthy 1945 Supermarine Spitfire for a record price of £1.1 million, which was considered by many collectors to be a less desirable plane.

The historic warbird has been lovingly and painstakingly restored to airworthiness over the past five years by its late owner, Paul Portelli.

The Spitfire is being offered as a freshly-completed ‘zero-hours’ ground-up restoration to perfect two-seat TR Mark IX specification.

The Spitfire was originally a single-seater Mark IX, but it now offers its new owner the attractive extra accommodation and flexibility of the two-seat trainer variant.

James Knight, Managing Director of Bonhams Collector’s Motoring Department, said: “We are greatly honoured to be entrusted with the sale of such a distinguished and historic aircraft.

“As Bonhams is the last of the great international fine art auction houses to remain under British management, the sale of an aircraft so linked to the history and very survival of our nation has enormous significance for us here.”

Robert Brooks, Chairman of Bonhams, learned to fly in a Tiger Moth plane and is a proud owner of a 1940s Stampe aerobatic biplane.

He said: “The sale of this Spitfire touches me personally as an enthusiastic amateur pilot and a keen student of military history. For Bonhams to be associated with this aircraft gives me particular pleasure, and not a little sincere pride.” 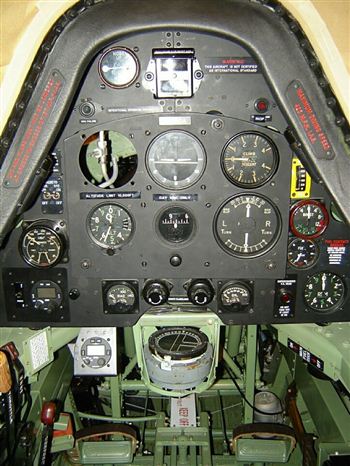 The Supermarine-designed aircraft was built originally by the British Vickers-Armstrong company in 1944.

The magnificent aircraft was then sold to the South African Air Force in 1948 where its operational history remains classified.

The Spitfire was rediscovered in the 1970s rotting away in a Cape Town scrapyard and was rescued by the late building developer and aviation enthusiast Charles Church who initiated a long restoration process.

It was eventually resold it to the late businessman Paul Portelli in June 2002, and he commissioned Classic Aero Engineering to restore the machine to its original TR Mark IX two-seat trainer specification.

As work progressed upon the historic airframe at CAE’s Thruxton facility in Hampshire, the mighty, supercharged V12 Rolls-Royce Merlin 266 engine was overhauled and returned to airworthy standard by specialists and fitted with a four-blade Hoffman propeller.

The Spitfire has since become woven into the fabric of world history as an icon of the age and as an emblem of the defence of democracy itself.