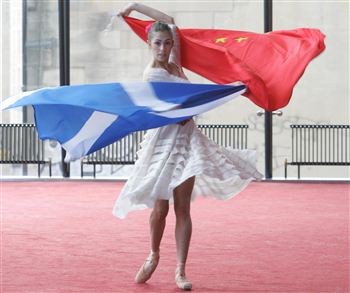 BALLET star Martina Forioso, 24, is set to take to the stage in China to fly the flag for Scotland.

The lead dancer in ‘Carmen’ met Culture Minister Michael Russell as he rose the curtain on funding of £100,000 to send the Scottish-produced tour to the Far East.

The cash comes from almost a third of the Scottish Government’s entire International Touring Fund, and will help Scotland’s hottest dancing talent strut their stuff in Beijing, Shanghai and Nanjing.

He said: “This tour is a great opportunity for the international reputations of both Scottish Ballet and Scotland. 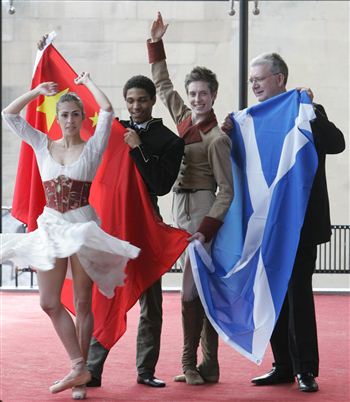 “Not only will the company be showcasing the incredible talent of Scotland’s dancers, musicians and technicians, this tour presents a modern, fresh and creative Scotland on the international stage.

“Scotland’s national performing companies are fantastic ambassadors and that is exactly why we provide support for international touring of this kind.”

Mr Russell added that he hoped to get a chance to watch the production at Edinburgh’s Festival Theatre before it hits Asia.