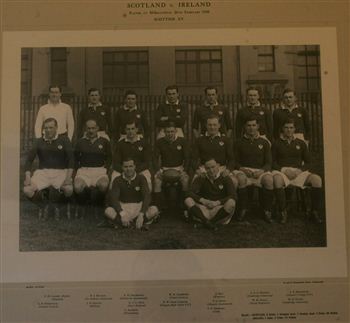 ONE of the last remaining Scottish rugby players with first hand links to the great 1938 Triple Crown-winning team has stunned friends and colleagues – by leaving over £2 million in his will.

Dr John Borthwick MBE, a popular Borders doctor for over 40 years, passed away in November 2008, aged 96, and his recently published estate has revealed the extent of the retired physician’s wealth.

Dr Borthwick, known to his friends as Jake, is thought to have been the second last player to survive from the famous team before he passed away at a Galashiels nursing home.

Included in his legacy is the family home in Galashiels, cash, shares and investments worth £1.5 million.

Long-time friend and home-help Mary Clark has been left ‘Belmont’, Dr Borthwick’s house, along with a generous gift of £85,000.

Charities and organisations that received generous donations include Barnardo’s, the Scottish Council for Spastics, the National Society for Cancer Relief, the University of Edinburgh Appeal Fund and the National Trust for Scotland.

The life-long bachelor also bequeathed £40,000 to his local church – the Old Parish and St Paul’s Church in Galashiels, in which he was a senior elder for many years.

The Reverend Leslie Steele, the church’s minister, said: “Jake was a gentleman. He was known for his rugby, but he was a very keen sportsman – a keen golfer and curler – and he liked to watch football.

“He was a very loyal supporter of the church for many years. He was widely respected both in the medical world and further afield, and he will be sadly missed.”

John Bishop Borthwick was born the only son of an  pharmacist in Edinburgh in 1912, and attended Daniel Stewart’s College where he was said to have excelled as a student.

Jake went on to study medicine at Edinburgh University and graduated from there in 1935.

He worked in the Edinburgh Royal Infirmary and the capital’s Astley Ainsley Hospital while studying for his membership exam.

In 1938 he received the news that he had passed his membership exam, and just six days later was told he had been chosen to represent his country as a prop forward.

Dr Borthwick was one of eight players to make his international debut in the first match of 1938, against Wales – a game the Scots won 8-6 thanks to a last-gasp penalty kick by Wilfred Crawford.

He then kept his place to play in the more comprehensive 23-14 win over Ireland, also at Murrayfield.

Jake was duly picked to play against England but had to call off due to a shoulder injury sustained while playing for his beloved Daniel Stewart’s FPs.

He was expected to play in the Twickenham game but, having a light lunch before the match, was unable to lift his soup spoon because of pain in his shoulder, the result of another rugby injury.

Consequently, Jake was denied Triple Crown glory as Scotland went on to beat the Auld Enemy 21-16 in a match played before a crowd of 70,000 including the King and Queen, and still remembered as the first televised international. 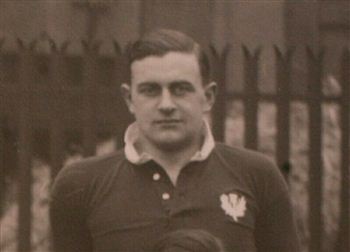 A spokesperson for the Scottish Rugby Union said: “Scottish Rugby is saddened to learn of the death of Jake Borthwick, one of the last surviving members of the 1938 Scotland Triple Crown winning squad.

“A Galashiels resident, he remained a committed supporter of Stewarts FP, frequently spectating when they played in the Borders. Scottish Rugby extends its sincere sympathies to all those who knew Jake Borthwick.”

An eye injury suffered while playing rugby rendered Jake unfit for service in the Second World War, but he served in the Royal Army Medical Core as a major in Nigeria between 1945 and 1948.

During this time with the RAMC, he was involved in controlling an outbreak of polio and his tireless efforts were eventually recognised in the award of an MBE.

In 1950, he was appointed physician to the Borders Hospital Group and moved from Edinburgh to live in Galashiels. He was to work as senior physician at Peel Hospital, Galashiels for the next 26 years until he retired in 1976.

The rugby-mad doc was so well thought of in the medical profession that the world-renowned physician JDS Cameron brought his medical students from the Edinburgh Royal Infirmary down to Peel Hospital to meet with Dr Borthwick.

His ward rounds were said to be unique, in that any male patient with a passing interest in rugby would be grilled about how Gala, Melrose, Hawick or any Border side had performed the previous Saturday.

Only then would the patients’ medical needs be addressed with his usual skill and patience.

Dr Borthwick’s clinical ability and leadership established the foundation of the highly regarded medical services in the Scottish Borders which are continued to this day in the modern Borders General Hospital.