A HIGH-FLYING construction boss has been jailed for five years over the systematic sexual abuse of two young girls. 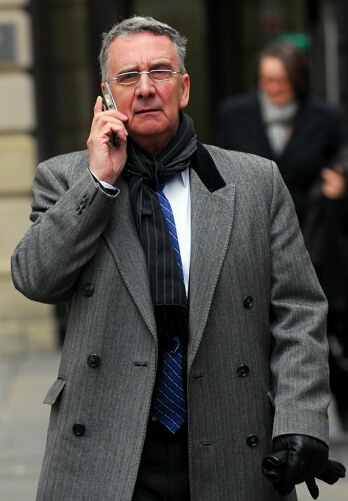 Donald McDonald, 65, abused the youngsters – who had been left in his care – over the course of three and a half years.

McDonald – who was described as holding a “senior position in the construction industry” – performed sickening sexual acts in front of one of the girls, who were aged as young as seven when the abuse began.

He also performed sexual acts on both girls at a flat in Edinburgh’s Citadel Court during the early 1990s.

And  at Edinburgh Sheriff Court he was jailed for a total of five years after a jury had earlier found him guilty of lewd and libidinous behaviour following a two week trial last month.

McDonald abused the first girl from September 1991 until April 1995 while she was aged between eight and 11 years old.

The second girl’s torment was to last from August 1991 to August 1994 from the age of just seven.

Fiscal depute, Aidan Higgins, told the jury: “Donald McDonald exploited his position of trust and his access to those two young girls by sexually abusing them.

“The years which have passed make those crimes no less terrible and they make Donald McDonald no less guilty.”

McDonald’s solicitor, Brent Lockie, said despite the conviction the family of his client were standing by him.

Mr Lockie said: “He is a 65-year-old man who until recently held a full-time senior position in the construction industry. He is a family man who has been married twice and has had a number of children.

“His current wife has been with him for 32 years and is standing by him as are his family.”

Mr Lockie said McDonald was a “low to moderate” risk of reoffending but a high risk of harm and added that his client accepted that he would receive a custodial sentence.

Sheriff Derrick McIntyre said: “Charge one relates to the systematic sexual abuse of a young girl between eight and 11 years old.”

The second charge, Sheriff McIntyre said, had not been as serious as the first but both warranted a custodial sentence.

He sentenced McDonald – who had been living in London – to five years in prison. Sheriff McIntyre also placed him on the sexual offenders register for life.