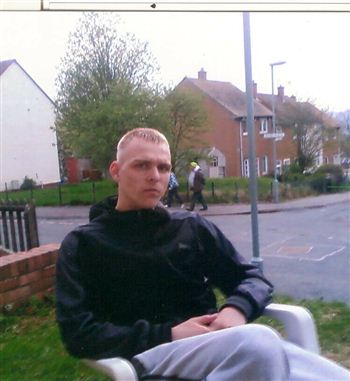 THE family of a tragic teenager say he was taken from them “unfairly” after he was allegedly beaten with golf clubs just yards from his home.

Neighbours tried frantically to save Daniel Hambleton, 19, but he died in hospital following a 2am attack on Saturday morning.

But the young man was left with fatal head injuries and he died shortly after.

His family issued a statement paying tribute to his love for them and his sense of humour.

They said: “Everybody who knew Danny knew what he was like. He was a joker and always made everybody laugh.

“He was only nineteen, and he loved us and has been taken from us unfairly.”

Friends paid tribute to “Danny” with a makeshift shrine of flowers, teddy bears and a Celtic football shirt.
Messages of love and sympathy for the young man were left on cards and bunches of flowers.

One read: “God bless you Danny, the angels have got a good one. Our loss, their gain.”

Another added: “May you be safe in the spirit world. Bless you.”

Police continued their door to door inquiries; however two neighbours have been arrested in connection with Daniel’s death.

Other residents of Kippielaw Park, Dalkieth, expressed shock and sadness at the tragedy in their street.

One elderly woman said: “I have never heard of anything like this in the street before.

“You don’t expect it, everyone is shocked.” 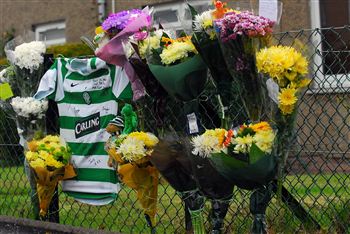 The woman added that the area was a tight-knit community where everybody knew each other.

A mobile police office was still present in the street last night while constables stood guard outside Daniel’s home.

They told reporters the family was too upset to speak after Daniel’s death.

Two men, 47, and 24 are due to appear at Edinburgh Sheriff Court today – Tuesday.

Police added in a statement: “High-visibility police patrols have been deployed in the Mayfield area to provide reassurance to local residents, while an incident caravan has been set up in Kippielaw Park, where officers are available to speak to members of the public.”