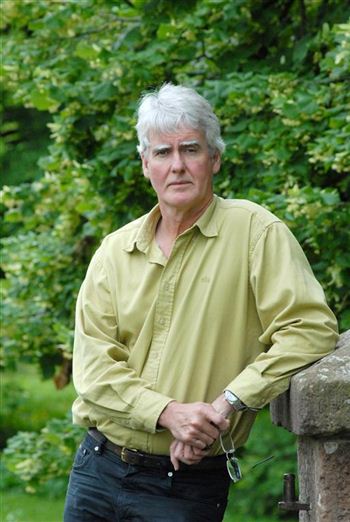 A FORMER tank commander is calling on the MoD to scrap all road travel in Afghanistan by British troops saying they should travel only by air – even if it means commandeering civilian helicopters to make up a shortfall in military choppers.

Military expert Stuart Crawford, a retired lieutenant-colonel in the 4th Royal Tank Regiment who served in the 1991 Gulf war, spoke out after the deaths of two soldiers in vulnerable Viking vehicles.

Lt Col Rupert Thorneloe and Trooper Joshua Hammond were killed at the weekend when their Viking struck a Taliban roadside bomb, bringing the vehicle’s death toll to 20.

The Viking vehicles are due to be replaced next year by more than 100 larger and more heavily armoured tracked vehicles, known as Warthogs.
But former Scots commander Mr Crawford fears there is no way to amour the vehicles practically to defend against the deadly hidden bombs.

Now working an established political consultant, he says the MoD procurement process is “hopelessly slow” in upgrading vehicles and equipment.

He added: “When dozens of squaddies can die in Vikings and little is done about it, you have to beg the question – what price does the MoD put on a soldier’s life?

“There must, somewhere be a value that they draw the line at when it comes to spending to protect them, which simply should not be the case.

“Our soldiers are brave and committed and deserve far better than the Viking, in which the driver and gunner are far too exposed.

“The fact that they are reluctant to bring in more helicopters proves we have got defence on the cheap and we are letting them down.”

He said the MoD had to act to stop more soldiers dying.

Mr Crawford, who collected a Gulf War medal and UN medal during his 20-year career, added: “The best way to do that is to take our troops off the roads and into the air in the most dangerous areas.

“That means more helicopters, which the MoD knows but seems unable to do anything about.”

“Personally, I’d beg and borrow civilian helicopters and give them a coat of camouflage paint and get them out there until the MoD sorts its act out and procures military ones in sufficient numbers.”

Patrick Mercer MP, a former infantry regiment commanding officer and chairman of Westminster’s counter-terrorism sub-committee, agrees that the only solution to prevent further tragedies is to scrap Vikings and move troops around in the sky.

Mr Mercer MP travelled regularly in a Viking while serving in Helmand province two years ago.

Now as chair of Westminster’s counter-terrorism sub-committee, he is challenging the MoD to prove it cares about each soldier’s life.

Yesterday he said: “I still keep in regular contact with my old battalion and they describe Vikings as “the buses they commute to work in.”

“That raises alarm bells because the same routes are being used too routinely and of course lives are being lost to roadside bombs.

“If the MoD genuinely wants to avoid people getting blown up, getting them into helicopters is the answer, not bigger or better armoured vehicles.

“You could have a bank vault on tracks and the Taliban bombs could take them out – they are that ruthless.

“The helicopter fleet simply is not up to the size it should be and it wouldn’t take a huge amount of money to address that.”

They both fear the Army will lose more soldiers in the ongoing Panther’s Claw operation and say current protocols are simply no use to keep them safe.

Last month the Ministry of Defence began fitting out its desert vehicles with Tarian, a “revolutionary” new material to replace traditional grill armour.

The curtain-like cloth hangs over the armour and causes rockets to explode before they hit the truck.

But Mr Crawford said: “Frankly, we can drape all our military vehicles in Tarian but it isn’t going to help much against the current main lethal threat in Afghanistan – roadside bombs.”

An MoD spokesperson claimed no other country equipped its forces better than the UK and said an air-only policy was simply not an option.

She also defended the use of the vulnerable Viking vehicles.

She said: “There are a variety of military tasks for which helicopters are not necessarily the most suitable platform available.

“For example, troops have to operate on the ground to build constructive relationships with the local population and it is impossible to carry out patrolling tasks from helicopters.

“The unique capabilities of Viking are ideally suited to the demanding terrain of the Green Zone and Viking was deployed in October 2006 to meet the requirement for an all-terrain platform that was capable of operating there.

“Safety of our personnel is a prime concern and that is why we have delivered £10 billion of new equipment to the forces in the past three years, with over £1 billion for new vehicles alone.

“Our troops are as well equipped as any professional Armed Forces in the world today.

“Significant improvements have been made since 2001 and Operational Commanders now have a variety of vehicles at their disposal.

“These provide the varying degrees of protection, mobility and firepower needed to match the differing situations and threats.”