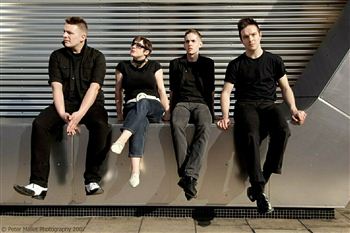 SALES of Glasvegas’ self-titled debut album have rocketed by over 1000 per-cent since they were nominated for this year’s Mercury Music Prize.

The Glaswegian four-piece reached number two with their first album only to be kept off the coveted top slot by the hotly-awaited new album from Metallica.

Music retailer HMV has tracked the sales of the 12 shortlisted albums before and after all the bands were nominated.

The store has revealed sales of all the albums are up 107 per cent since the shortlist was announced last month.

All the artists have benefitted, but it is Scots favourites Glasvegas who have come out on top of the sales league with a massive 1103 per cent increase.

HMV’s Gennaro Castaldo said: “The impact of the Barclaycard Mercury Prize becomes more pronounced every year, and the award is now arguably the most significant platform for promoting new and independent music amongst the record-buying public.

“Just being shortlisted can give an artist a huge boost in profile and sales, particularly if they then go on to give show-stealing performances at the awards show.

“Previous recipients of the Prize have gone on to enjoy spectacular increases in demand for their albums, sometimes by as much as ten-fold, whilst the foundation for much of Elbow’s amazing success last year was undoubtedly the band winning the prize – which really set them on their way.”

Dan Ford, from the Barclaycard Mercury Prize, said: “We’re encouraged that the uplift in sales seems to reflect the music buying public’s willingness to act upon the Prize’s recommendations.

“There are twelve exciting and diverse albums on this year’s shortlist and it’s great news that the Barclaycard Mercury Prize has the ability to help people discover new music in this way.”

The winner of the Barclaycard Mercury Prize will be revealed at a star-studded bash on September 8, 2009.