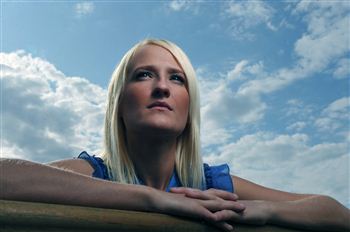 A WOMAN is suing her local authority claiming they failed to protect her from years of bullying at their schools.

Rhona Wands claims teachers and bosses at Fife Council ignored her torment from four tormentors who picked on her during her time at Markinch Primary School and Auchmuty High School in Fife.

Miss Wands insists the abuse forced her into home tuition and claims she left school earlier than she otherwise would have.

Now 22 years old, she wants damages for physical and emotional harm she said she suffered and also compensation for the impact on her academic achievements.
Miss Wands claims that despite several written complaints to the schools no effective action was taken against the other girls who, she said, physically and verbally bullied her from the age of just four.

And, she claims, when the school appointed an older pupil to look after her, they led her into a beating at the hands of a gang of girls.

Miss Wands, who lives with her parents in Markinch, Fife, has lodged an action seeking damages against Fife Council at Kirkcaldy Sheriff Court.

Miss Wands started at Markinch Primary School’s nursery when she was four years-old.

Her parents claim that even then she would return home with bruises and scratches but that the bullying escalated when she went into primary four.

She claims that around this time four girls in particular became “the bane of her existence.”

Miss Wands’ parents met with the then headmaster and depute headteacher as many as 12 times but say nothing was done to help their daughter.

They claim the school did not inform them of their anti-bullying policy or disciplinary procedures.

And, it is alleged, the bullying became worse when Miss Wands moved to nearby Auchmuty High School in 1999.

She claims that despite pleas to be separated from her earlier tormentors, three of the four girls who bullied her were placed in the same class as her.

Miss Wands described an almost daily ordeal of them bullying her about her appearance and family. She also claims she was regularly elbowed and kicked and had her hair pulled.

In one incident, she claims, a teacher who was present did not stop an attack on her.

And when the school did act – appointing an older pupil to act as “befriender” to Miss Wands – her protector led the girl into an ambush where she was assaulted by a gang of girls.

The “befriender” then claimed she could not remember the incident when Miss Wands reported the attack.

Following this Miss Wands’ parents wrote to the education department at Fife Council but despite assurances that they would confront the bullying, she claims nothing happened.

Miss Wands claims her attendance deteriorated because of the “chronic bullying,” resulting in her receiving home tuition and eventually leaving education altogether at the end of her fourth year.

Fife Council accepts that Miss Wands did have “unhappy experiences” at their schools, however they claim that they dealt with every allegation in a “proper and professional manner.”

The local authority insist that Miss Wands was at least “part of the problem” and was insolent and disobedient to staff.

They say she spread rumours about another pupil and she was once accused of putting chewing gum in another students’ hair.

And they claim that her parents, James and Christina Wands, undermined the authority of their staff and would not accept that their daughter was ever at fault.

Sheriff George Way this week ruled that the case was suitable for counsel and the case will be heard further at a date which has not yet been fixed.