Conmen swipe half a million from Royal College of Surgeons 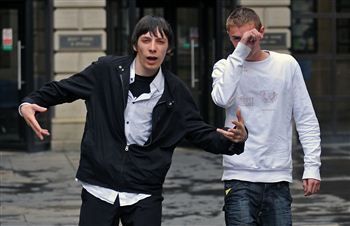 THE Royal College of Surgeons had almost half a million pounds plundered from its bank account after falling victim to an outlandish con.

Fraudsters posed as employees of the Royal Bank of Scotland and duped a worker at the institution to accept a new banking “smart card” last year.

But £465,000 was taken out of the RCS’s account almost immediately, sparking a widespread police investigation.

Although some of the cash was finally recovered, the RCS remains £80,000 out of pocket.

Edinburgh Sheriff Court heard how a man at the head of the scam – who cannot be identified for legal reasons – walked into the RCS headquarters in Nicolson Street in June last year purporting to be an RBS worker.

He duped an employee into agreeing it would be “in their best interests” to set up a new banking facility.

Fiscal depute Alasdair MacLeod said: “The suspect arranged for a smart card to be sent to the Royal College of Surgeons.

“In return, the RCS worker – believing it to be in their best interests – was told a reader was being used to access RCS accounts, so gave unique numbers over to the man.

“But the smart card was used to transfer £465,000 to various individuals in India and the UK.”

It emerged today (Monday) two “naive” Scots teenagers were central to the scam – agreeing to let the cash be filtered through their own accounts in exchange for a cut. 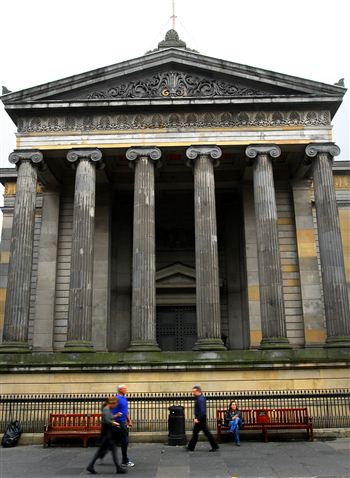 Unemployed Edinburgh pair Ross Nicol and Craig Robinson – both 19 – were approached by the unnamed crooked mastermind in June last year.

After he conned the RCS, they met the Indian man close to Edinburgh’s busy Waverley Station and handed him £25,000 of the money in return for their cut of just £500.

But detectives, along with RBS staff, traced the transactions back to branches in Princes Street and Castle Street, before scouring CCTV to catch the pair withdrawing the money.

They were attested and during police interview, Nicol admitted withdrawing £14,000 on July 8 last year and immediately handing it over to the main suspect.

Robinson initially denied any involvement until police probed him over specific details about his bank account.

He eventually confessed to taking out £10,000 on July 8 and handing it over, also to the suspect at the centre of the investigation, whom they both identified to police from photographs.

The court heard that the rest of the cash was transferred to other accounts in Scotland and India.

Yesterday appearing at Edinburgh Sheriff Court each pleaded guilty to the dodgy cash handling charges – cited in court documents as ‘entering into arrangements for the facilitation of criminal property’ – between June 20 and July 6, 2008.

Not only did the RCS lose thousands, but court heard RBS were left £40,000 out of pocket and it could have been more had it not been for a bank holiday delaying the transfer.

Mr MacLeod added: “Part of the money was transferred into the accounts of Ross Nicol and Craig Robinson, who are minor players at the lower end of a major scheme.

“The money transfers took place on a Bank holiday and the bank were luckily able to use that time to begin investigations.

“The actual process of how these funds were transferred is not known at the moment.

“The larger scheme is currently still being investigated by police.”

Yesterday Sheriff William Holligan deferred sentence for background reports on the pair, releasing them on bail until later this month.