A BOOZED up motorist charged with risking a six-year-old girl’s safety by driving with the tot in her car while drunk has been admonished by a sheriff. 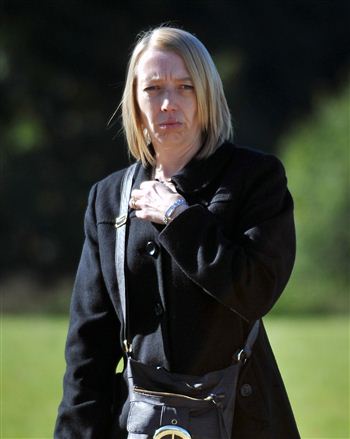 Shamed Jane Lawrie, 40, had previously been banned from driving for two years after being caught behind the wheel of her silver Mazda in February, after she was reported to police by an alarmed passer-by.

Officers found Lawrie and the girl – who cannot be identified for legal reasons – walking from the motor near her home in Uphall Station, West Lothian.

Police, who smelled alcohol off her breath, stopped her on Marrfield Terrace just after 4.30pm on February 15 this year.

She admitted that she had been driving her car with the child in it and failed a roadside breath test.

But she refused to provide a sample and was charged, along with the drink driving offences.

The girl was taken to her father and left in his care while Lawrie went on to Livingston Police Station.

She later admitted another charge of exposing the child to danger .

In May she pleaded guilty to the booze rap and was suspended from driving for two years and fined her £450 over her failure to provide a breath specimen by Sheriff Martin Edington.

But the sheriff deferred sentence on the remaining neglect charge ordering Lawrie to be of good behaviour before receiving update from social workers, who gave their recommendations in writing.

Sheriff Edington said: “You have done exactly as I hoped you would do in relation to (the neglect) charge one.”

He then admonished Lawrie, of Beachwood Grove, Uphall Station, of the neglect charge.

Her solicitor Charles Morrison said: “She has paid the fine in full.”