A SCOTS police officer was exposed by his own colleagues as being a cocaine dealer with a £520 per month drug habit. 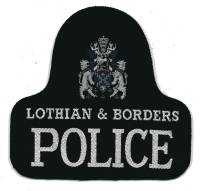 Christopher McGinn gave his friends lines of coke in exchange for pints of beer in pub toilets.

He used an iTunes card to snort his own.

And when the 29 year-old was busted by colleagues at Lothian and Borders Police, he desperately pleaded with them to hide his case.

But McGinn had been under covert surveillance and saw no other option but to resign from the force after eight years.

Appearing at Edinburgh Sheriff Court yesterday (Fri), he admitted supplying the Class-A drug over a 12-month period from October 2007.

McGinn, who also managed Musselburgh Amateurs football club, also confessed to illegally looking up his friends on a high-security police database, some of whom later grassed him up as a dealer.

He would dish out deals of cocaine to them in the toilets of the Ship Inn pub in Musselburgh, where his football team holds its committee meetings.

Reports of his involvement in drugs reached police in 2007, according to fiscal depute Neil Almond, and an undercover investigation was launched.

McGinn had been off sick for around five weeks when his fellow officers began the probe.

Mr Almond told the court: “At the time of the offence the accused was a serving officer with Lothian and Borders Police, having joined in May 2000.

“A number of items of intelligence were received by the professional standards unit at Lothian and Borders Police which suggested he was involved in the supply of controlled drugs and was himself abusing controlled drugs.

“This unit, along with officers from Strathclyde Police, carried out a covert surveillance operation.

“Confidential information was received that he was looking to source an unknown quantity of drugs from an associate on October fourth 2008.

“Surveillance was carried out and he was seen entering the Ship Inn and leaving shortly after in the company of a number of others.”

“Lose it for me, please”

Cops later approached McGinn sitting in the passenger seat of a Saab car, when he made an attempt to squirm out of their grasp.

Mr Almond said: “The officers identified themselves and told McGinn he was being detained under the misuse of drugs act.

“They saw his right hand reach into his pocket and saw a number of articles fall to the ground.

“These were found to be a key and his wife’s RBS bank card.

“The detaining officers took no heed of this and he said: “What’s in my pocket, it’s no mine.”

In a further search of his now former home in Prestonpans, East Lothian, detectives came across two sets of digital scales, two straws and an iTunes card, all with traces of cocaine.

Even McGinn’s Ford Fiesta had traces of the white powder on the steering wheel and glove box.

He was suspended from the force following his arrest that day and resigned last week on September 11.

During police interview, he said that knowing he had cocaine on him he panicked and wanted the officers to let him go.

“It is accepted that his supply of drugs was at the lower end of the scale and there is no evidence that he made financial gain from it.”

After being suspended over the drugs scandal, McGinn’s use of the Scottish Intelligence Database (SID) was analysed and found to include searches on people he sold cocaine to.

He admitted the 12 Data Protection Act charges, claiming they were “merely to satisfy his curiosity” and that he had never passed any highly sensitive personal details on to a third party.

McGinn’s defence agent David O’Hagan said: “I will reserve comment until the next diet.”

Sentence on McGinn was deferred for background reports until next month.

“Christopher McGinn failed to meet these standards, became involved in criminality and abused his position as a police officer.

“When he was arrested in connection with this matter, he was immediately suspended and has subsequently resigned from the Force.

“He today (Friday) admitted at Edinburgh Sheriff Court a number of offences relating to the supply of controlled drugs, attempting to pervert the course of justice and data protection.

“Tackling the impact of drugs on our communities is one of our highest priorities and Christopher McGinn’s behaviour, which had the potential to adversely effect policing operations, is abhorrent.

“Our communities should be reassured that if an employee’s behaviour falls below the high standards expected, Lothian and Borders Police will fully investigate and take robust action against suspects and seek to bring them to justice – as shown in this case.”