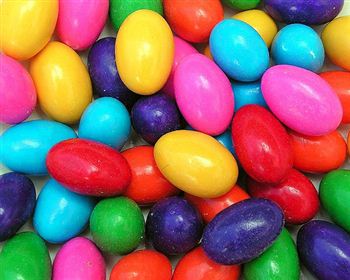 SWEET-TOOTHED school kids have launched a legal bid to reinstate treats to their tuck-shop after health bosses banned sugary foods.

Children at Knowetop Primary School in Motherwell have petitioned the Scottish Parliament to change laws banning confectionery sales in schools.

North Lanarkshire Council claim that government rules insisting on healthy foods being served up to kids mean they cannot allow the sale of sweets.

But the primary seven children say they have been taught how to include treats as part of a balanced diet.

“As part of our Citizenship programme in school we were looking at the role of pressure groups in our society.

“We had been thinking that it was very unfair of North Lanarkshire Council to impose a ban on sweets in their schools and thought that we could form a pressure group of our own to let the council and the Scottish Parliament know what we thought of the policy and also to see some change.”

The children say they are upset they are no longer able to support Fair Trade through the tuck shop they ran themselves and insist they should be given the right to choose what they eat.

They stated: “We’ve been taught at school that sweets are a healthy part of a balanced diet and would like to be given the chance to develop a responsible attitude towards this.

“We think we have a right to keep our choice to have chocolate or sweets in our school.”

North Lanarkshire Council said that they were bound to ban sweets by Scottish Government rules and added that they had to provide children with a healthy diet.

“Around 35 per cent of children in Lanarkshire are obese by the age of 15.

“One of the key ways we can tackle that is to offer children healthy eating choices and limit their access to unhealthy options.

“Legislation places a requirement on us to provide healthy foods in schools.

“The Scottish Government says crisps, sweets, fizzy drinks and so on should not be offered in school tuck shops.

“Understandably some children are disappointed by that decision however our duty to their health is clear and it is a duty we will continue to carry out for the foreseeable future.”