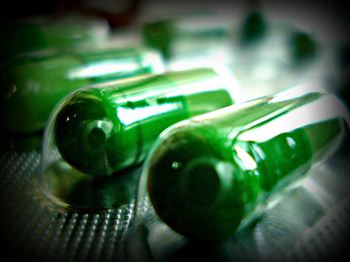 THE NHS is shelling out £4 million a year on fat-busting drugs for the obese, with more than 110,000 prescriptions being written out for the pills last year.

And some of the patients are under the age of 16 – highlighting the country’s obesity problem.

Prescriptions for anti-obesity drugs have risen by almost 36,000 in four years.

disturbing that so many people are resorting to drugs to aid getting their weight down.”

Recent figures show that in Scotland one in five children aged 12 and nearly one in four adults are clinically obese.

The NHS have had to shell out half a million pounds more than in 2004-2005 for prescribing the appetite-suppressing drugs.

Shona Robison, public health minister, said: “An anti-obesity drug should not be used as the sole element of treatment. The decision on whether to prescribe this is a matter for the clinical judgement of the prescriber.

“The Scottish Government recognizes that obesity is an increasing problem. That is why we are making tackling the problem a high priority.”

The most commonly prescribed drugs used to reducing fat absorption are Orlistat and Sibutramine – 111 prescriptions were issued to under-16s in 2008-9.

NHS Greater Glasgow wrote the most prescriptions for the two fat-fighting drugs in 2008-9 tallying up 26,880 scripts – 19 of those were for kids under-16.