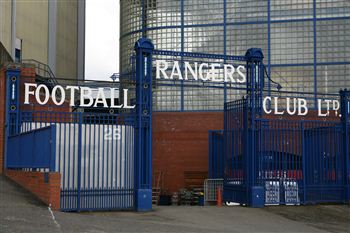 The former Ibrox chairman was forced to go back to the drawing board after his initial plans were thrown out for infringing the green belt.

But Sir David’s property firm, Murray Estates, have re-submitted plans for 200 new homes, a care home and a community centre at Ratho Station.

The news comes as Murray yesterday faced angry shareholders at the Rangers AGM, where fans were expected to demand answers over Sir Murray’s sale of the club.

There are also fears that players may be sold to balance the books, and that Rangers’ bankers Lloyds play too great a role in the running of the club.

She said: “The new application alters the layout and density of housing units to some degree, whilst retaining all of the previously outlined community benefits proposed.

“These include a new or extended primary school, a new community centre, an improved village centre including more open space, and a new access onto the A8 with right and left turn to the east of the village.

“The principal change to our plans is a reduction in housing units from 200 to 180, which we have unfortunately had to implement to allow space for a possible future showground car park.”

Sir Murray – who is worth an estimated £500 million – was forced to scale back the number of homes in the development after being told that it infringed on land meant for the Royal Highland Show.

A pre-application presentation is due to be made to City of Edinburgh councillors on Wednesday, and it is expected that a full application will be made within months.

“Critically, what Murray Estates is proposing for the village is deliverable and will enable its regeneration.”

The developers added that with proposed Edinburgh Airport expansion plans on hold until 2020, they are ready to move ahead with the scheme if it is approved.