RESEARCHERS have found hard evidence of what every Glaswegian has known for centuries – the English simply cannot understand them.

Despite being the birthplace of A-listers such as Billy Connolly, Robert Carlyle and James McAvoy, the experiment concluded that Glasgow accents genuinely baffle the southern English.

A group of volunteers from London failed to understand one in three sentences spoken by their Glaswegian cousins. 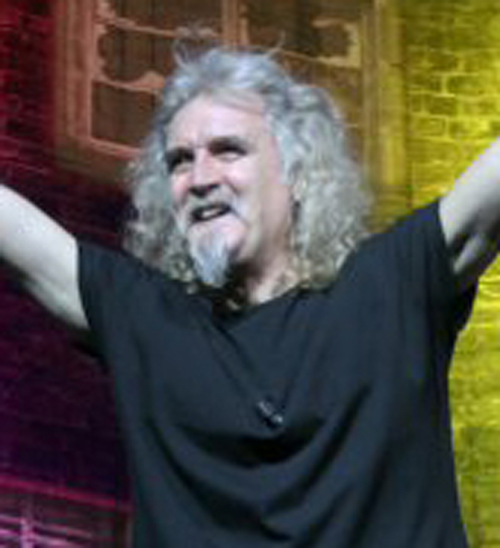 Billy Connolly’s Glaswegian accent may be hard for Londoners to follow.

The Glasgow University-based academic who carried out the study said the combination of special words and lack of vowel sounds in the city’s accent was mainly responsible for the head-scratching south of the border.

Dr Jane-Stuart Smith suggested another important factor was that some southerners expected not to understand anything a Glasgwegian said.

Ian Pattison, the creator of Rab C Nesbitt, said the findings demonstrated “latent discrimination” against Scots by our southern counterparts.

The research involved recording the speech of four Glaswegians, all of them male, middle class and aged between 20 and 46.

A panel of 24 English speakers from Greater London were then played a total of 24 sentences and scored on their understanding.

The study, which was conducted in a variety of sound conditions, found that on average southerners failed to understand one in every three sentences spoken by Glaswegians.

Dr Stuart-Smith said that there are many differences between Glaswegian English and Southern English speech.

Dr Stuart-Smith said another crucial difference is that there are fewer vowels spoken in Glaswegian English.

She said: “If you think about the words ‘full’ and ‘fool’, a Glaswegian speaker will pronounce both these words in the same way.

The same applies to ‘palm’ and ‘Pam’, which Glaswegians prounce in the same way. Southern English speakers stretch out ‘palm’ with a long ‘aa’ sound.

With the words ‘cot’ and ‘caught’, both words would be pronounced the same by a Glaswegian while a southern English speaker would add an ‘or’ vowel sound.

The point, said Dr Stuart-Smith, is that the Glaswegian accent makes different words sound the same, adding to the confusion for southerners.

She added: “There is a stereotype that Glaswegians are hard to understand and speech perception can play a role.

“A lack of actual contact with Glaswegians may also be a factor for southern English speakers.”

Ian Pattison, who lives in Glasgow, said: “If you look at the list of Scottish faces we have Billy Connolly, David Tennant, Jimmy Reid, Andrew Neil, who all, despite their terrible linguistic impediment have managed to have luminary careers.

He joked: “The only thing Glaswegians find hard to understand is ‘it’s your round’.”

Chris Hall, who works as a TV production co-ordinator in Glasgow, lived in London for two years.

He said: “I found people in London liked to make fun of my Glaswegian accent and had trouble understanding what I said – especially in a professional capacity.”

“An accountant at the company I worked for told me to put everything to him in an email, as he couldn’t understand a word that I said.

“I also had trouble over the phone, trying to book hotels or restaurants for clients.

“I think there is a lot of discrimination in London towards the Glasgow accent.

“I think people presume they won’t understand you. If people took the time to listen properly they would understand a lot more.”

Scottish Labour councillor, James Adams, from Rab C Nesbitt’s Govan ward, said: “I can sympathise with our friends down south – I confess to being none the wiser when the Cockneys start up with their rhyming slang, and who knows what people from Edinburgh must think of us when we speak the full Glaswegian.

“But in all seriousness, we should avoid stereotyping. The richness in the diversity of our regional accents such as Liverpudlian, Mancunian, Geordie and Cockney is part of the reason Britain is a great place to live.”

Dr Stuart-Smith, and the English researchers she worked with on the project, also subjected Glaswegians to southern English accents.

Glaswegians did much better, managing to follow four out of every five sentences.