IAN RANKIN has delighted Rebus fans by revealing the detective is coming out of retirement once again.

The author took a year off in 2014 but yesterday (Wed) confirmed his new book features the fictional police office.

Rankin, 54, has previously spoken about the difficulty of letting go of Rebus.

After a five-year break, Rankin brought him back in the 2012 novel Standing in Another Man’s Grave.

The character returned in a series of short stories published last year but fans were left uncertain he would ever return after Rankin announced his year off.

Rankin tweeted yesterday: “So much *plot* in this new book I’m doing, I’m having to focus on that so it doesn’t wriggle away from me.” 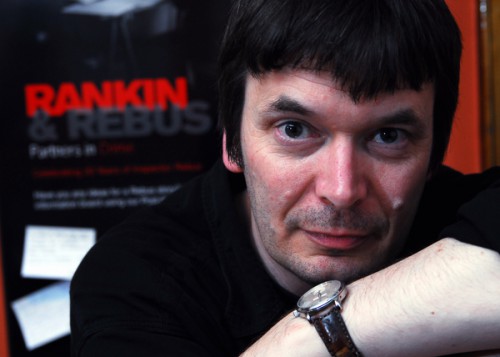 Among the excited fans was Claire Wright who asked: “Dare I ask if it is a Rebus?”

The author, ending months of torment for fans, replied: “Yes.”

Delighted fans appeared to struggle to believe the news and another two asked essentially the same question. Rankin twice confirmed the news.

He later added: “Once I know plot works, I can go back and fix/polish everything else. That’s the plan for now.”

One follower, apparently a teacher, Ross McLaren write: “You sir, despite the 143 prelims I have to mark, have made my night!”

Speaking to an Australian publication in December last year, Rankin suggested Rebus would make a comeback but suggested he was struggling with how to make it happen.

He said: “He’s a year older, I’ve got to think what the hell I can do with him as he rapidly becomes an old man, what can I do with him realistically.

“I did retire him for five years, I didn’t write about him, but he never quite left my head, he refused to leave and when I did find a story I thought was perfect for him I found a way to bring him back.

“He’s just one of these characters that I can’t stop writing about and I don’t know why. But I have to ask if he’s the best possible character now for the story I want to tell.”
Rankin added: “I’m still finding out about him even now, after God, I don’t know how many years I’ve been writing about him, the first book was written in 1985. What is that? Jesus, I don’t even want to think about it, that’s 30 years.

“I’ve tried to get rid of him but he wormed his way back in again. At some point the clock will catch up with him I guess.”