SHOCKING dash cam footage shows a driver going the wrong way on a dual carriageway – at an estimated head-on collision speed of 120mph.

The car is seen speeding the wrong way in the “fast” lane just as the dash-cam vehicle joins from a slip road.

A camera pointing out of the back captures the rogue driver, still in the “fast” lane, disappearing from view.

The dash cam vehicle was travelling at 57mph and the other car, A Vauxhall Corsa, is probably going faster, meaning a combined speed had they crashed in excess of 120mph.

The terrifying footage was filmed on the A92 near Stonehaven, Aberdeenshire, on Tuesday this week and obtained by website Scotland’s Worst Drivers.

Gareth Davies, who filmed the clip, can be heard saying: “Jesus, there’s someone going down the wrong way.”

As the camera switches to the rear dashcam to show the hatchback continuing down the road, Gareth continues: “Going down the wrong way on the road. Wrong side of the road on a dual carriageway. Oops.”

It appears that the hatchback finally realises it is going the wrong way once it passes Gareth’s car as the brake lights can be seen coming on. 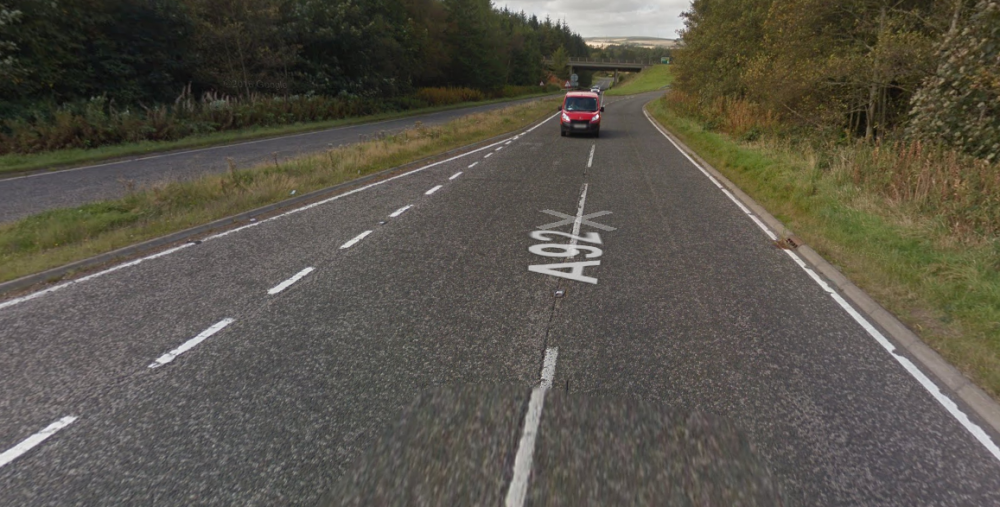 Gareth said today: “After coming off the A90 onto A92 road, there is a stretch over about a quarter mile which is dual carriageway.

“I was very surprised to see a car coming down the wrong way, as is obvious from my voice in recording.

“My assumption is that they came out from the Stonehaven turn off and went right not realising they were turning onto a dual carriageway.

“If I had been coming down then turned into the right hand lane, which is common to let me people from the Stonehaven junction just ahead, then this could have been a completely different outcome.”

A spokesman for The AA said: “It’s quite astonishing. The driver is clearly oblivious to the fact that they are on the wrong side of a dual carriageway.

“It does underline the need to be vigilant especially if you are on unfamiliar territory. Observe road signs. Road junctions can be confusing but turning on to the wrong carriageway is usually pretty difficult to do.

“I’d also suggest that it is incumbent on local highway authorities to make sure that dual carriageway markings and signs are always clear – it looks as if the paint on the road surface is quite worn so it might be that it was less obvious to the errant driver that they were going wrong than it should have been.

“And it just shows that no matter where you are driving or on what roads, you should always expect the unexpected.”