New Hearts goalkeeper Jon McLaughlin insists he will have no qualms getting on the wrong side of his Hibs-daft family after joining their fierce city rivals.

Edinburgh-born McLaughlin returned to the city to join the Gorgie outfit on a one-year deal after spending his entire professional career in England with Bradford and Burton Albion.

McLaughlin left the Scottish capital for Saudi Arabia before he had even turned one and even though he was brought up as a Hibs fan himself, the 29-year-old admits his allegiance is now solely to Hearts. 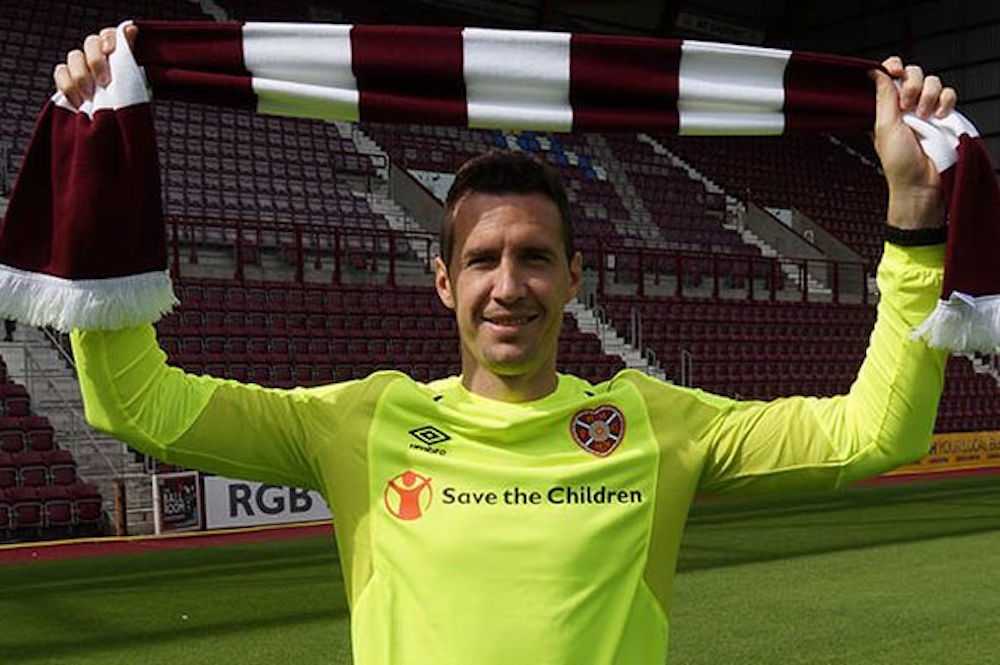 He said: “Growing up, with the parents and uncles who were Hibs fans, that was who I would look out for.

“But having never lived here, having never been given the opportunity to go and support any Scottish side, I’m certainly less of a diehard Hibee.

“But definitely the family are more Hibs than the Hearts side.

“I’ve never experienced going to Easter Road or Tynecastle to even watch a game. It’s going to be interesting.

“My parents were made up for me.

“But I wasn’t getting too many phone calls back from some of the uncles! They’re a bit more diehard.

“I think there will be a few family members in the away end, giving me some stick.

“I played for the Under-20s last week when we beat Hibs 4-1. It was nice of them to chuck me into that one straight away – just to test me and make sure there was no old affiliation still there

“I showed that I’d burnt all the bridges, I suppose!”

McLaughlin helped Championship side Burton clinch successive promotions but left the Pirelli stadium at the end of last season after turning down fresh terms.

The experienced shot-stopper made a total of 45 appearances last season but know he has to convince new Hearts manager Craig Levein that he should be handed the gloves ahead of Jack Hamilton.

McLaughlin, who is hoping to make his debut in Saturday’s visit of Aberdeen, said: “As a goalkeeper it’s the toughest part of the business.

“We have to work so closely together but only one person can wear the shirt.

“Jack has been doing well, he has stepped in and done well for a young goalkeeper.

“That’s the difficulty and challenge ahead of myself now, in the last five or six years I’ve been the number one playing a lot of football every season and that’s my intention again but it’s certainly not given that the shirt is going to be yours.

“You have to come in and fight and prove you’re the best man for the job, that’s the task for me.”

•Jon McLaughlin helped Hearts launch their new One in a Million supporter benefit scheme at Divino Enoteca restaurant in Edinburgh. Funds raised will go to the Tynecastle Redevelopment Fund.