A DRIVING instructor has captured the moment a cheeky youngster gave him a finger signal – that wouldn’t be found in The Highway Code.

The hilarious clip, captured on dashcam, shows the young boy pranking the instructor by pretending he wants to walk across the zebra crossing infront.

The instructor car is shown slowing down before stopping to give way to the boy at the crossing in Amercwmboi, South Wales.

But instead of crossing over, the prankster decides to cheekily give the instructor, and his learner driver, the middle finger before running away.

The footage, which was filmed last Saturday, was posted later on that night on Facebook by instructor Will Jenkins, captioned: “Kids these days.”

Speaking today, Will said: “I laughed and had a joke with my learner. I just carried on driving talking about what kids are like.

“I had so many comments I knocked them off as it was hard when I was teaching.” 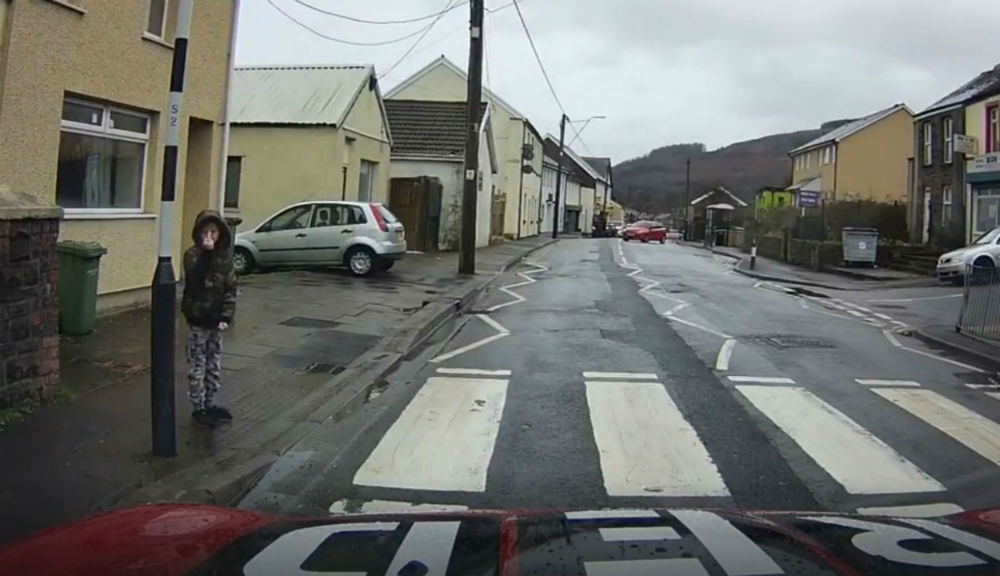 Asked if he ever pulled this type of prank as a youngster Will admitted that he did.

“I did that’s why I liked it. Normally they are sat playing video games so nice to see them out and about,” he added.

The video has attracted a mixed reaction from social media users.

Jo May commented: “Mount the kerb and run him down.”

Charlotte’ Amy posted: “Genuinely think I would have just accidently drove onto the pavement.”

In Canada a man tried to play a prank on his local snow ploughs by sculpting a car made out of snow but instead he got a parking ticket.

In December a Montreal based artist built the sculpture to fool the snow ploughs but the police turned up and give him a ticket. Fortunately for the artist the ticket was as fake as his car.

An OAP in Colchester, Essex nearly knocked a youngster off his scooter while he was crossing the road on a zebra crossing.

The pensioner didn’t see the kid and almost drove into him. It was revealed later that her driving licence was revoked due to bad eyesight.