INCREDIBLE footage captured the moment a Scottish musician performed a 130ft bungee jump – while flawlessly playing the blues on guitar.

The nail-biting clip shows Douglas Scott clutching onto his beloved instrument while jumping off Garry Bridge in Killiecrankie, Perth and Kinross on Friday.

While reaching speeds of over 50mph, the 20-year-old managed to keep hold of the guitar, improvising some bluesy guitar licks while keeping note perfect.

The footage was filmed by Highland Fling Bungee, who perform bungees in Killiecrankie and one on the banks of the River Clyde in Clydebank, West Dunbartonshire.

The clip begins with Douglas, who lives in nearby Pitlochry, staring out from the bungee platform on Garry Bridge, already playing the guitar.

He keeps playing, improvising over the pentatonic blues scale, while a staff member is showing filming with the handheld camera.

Douglas moves forward on the platform, shuffling and hopping forward, while still continuing to play. 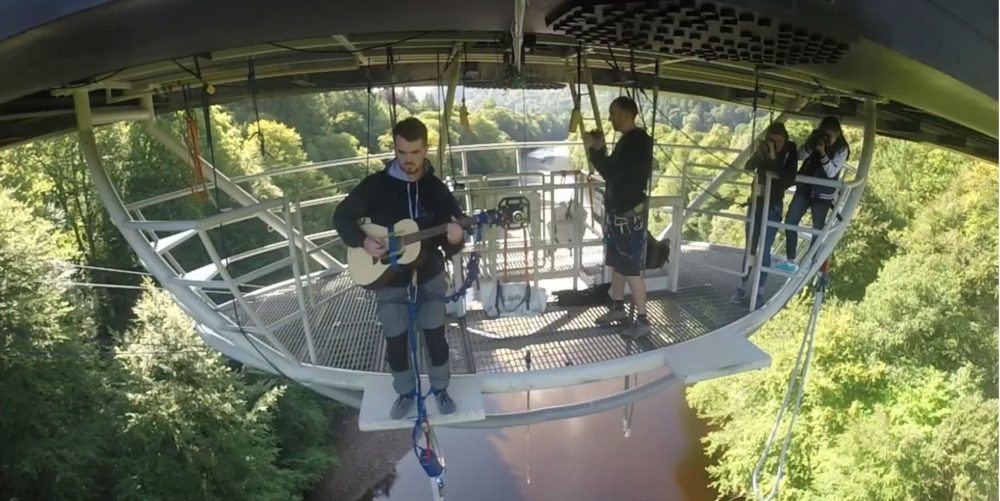 Shots filmed from different positions are edited together in the video, before we are shown Douglas from behind as he jumps off.

The clip then switches to a camera fitted to the neck of the guitar, so that we can see him flawlessly playing the blues while free falling 40m down to the River Garry below.

Hanging upside down, and swinging back and forth, Douglas continues playing the blues, deep in the music as the video ends. 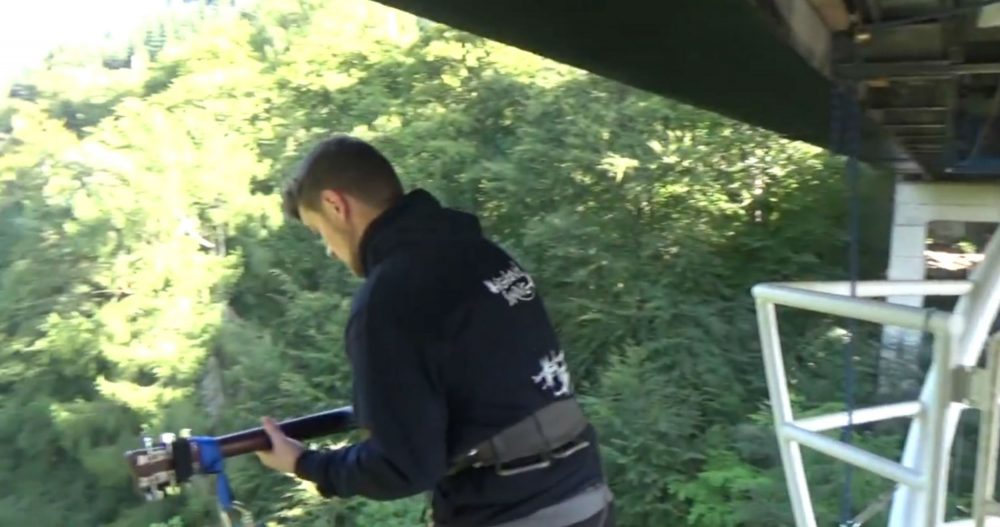 Speaking today, Laurie McCandless-Thomas, 36, operations manager of Highland Fling Bungee, said: “I had the idea for a while. I wanted even to get a band up there.

“We got Doug up there because he plays locally in a band. He’s pretty into all that stuff.

“We went with the standard ‘round the ankles’ harness.

“A waist harness probably would have knocked the guitar about.

“We also added in some slings to keep the guitar strapped in tight and close into him. 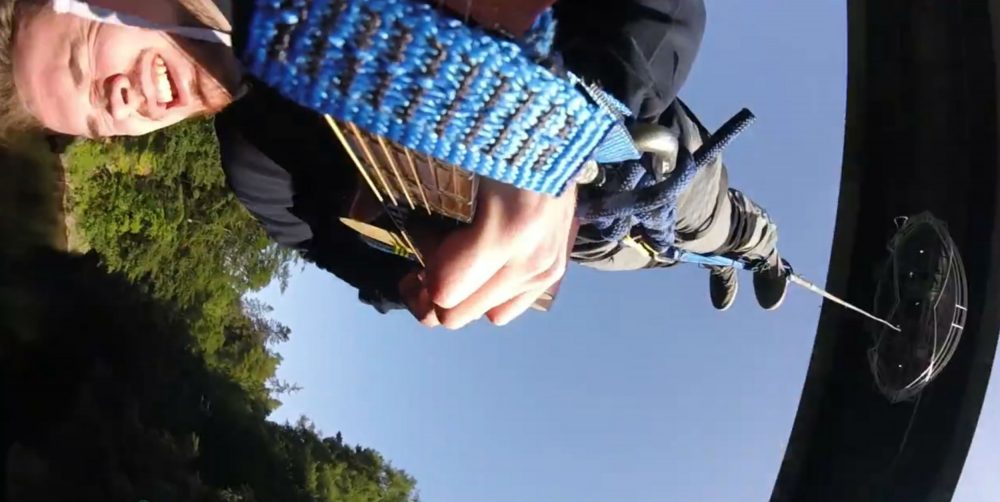 Last year, a patriotic bungee jumper made the same leap while playing the bagpipes.

Roddy Garden, 50, from Cove, Argyll and Bute, made the 130ft jump while barely getting a note wrong.

He also wore a kilt, though decided not to be a true Scotsman for this occasion, thankfully keeping on a pair of underwear.