YouTuber and rapper Official Spuddz is seen bombarding drivers with trivia questions as they wait at lights.

Spuddz, wearing a white jacket, filmed his quiz show while travelling as a passenger in a car in Newcastle-under-Lyme, Staffs, last week.

He uploaded the clip to Twitter with the caption: “Car Traffic Trivia.”

The clip begins with Spuddz saying: “Live to traffic trivia, so we are going to answer a few questions.”

Gesturing to a driver in the next lane, he says: “Wind down the window so I can ask you the questions please.”

He asks the baffled motorist: “What is the capital of South Africa?”

The “contestant” replies: “I haven’t got a clue, mate.”

The next contender is a van driver who is asked the riddle: “I have two hands but I can scratch myself.”

The traffic starts moving before the driver can answer but he can be heard laughing in the background. 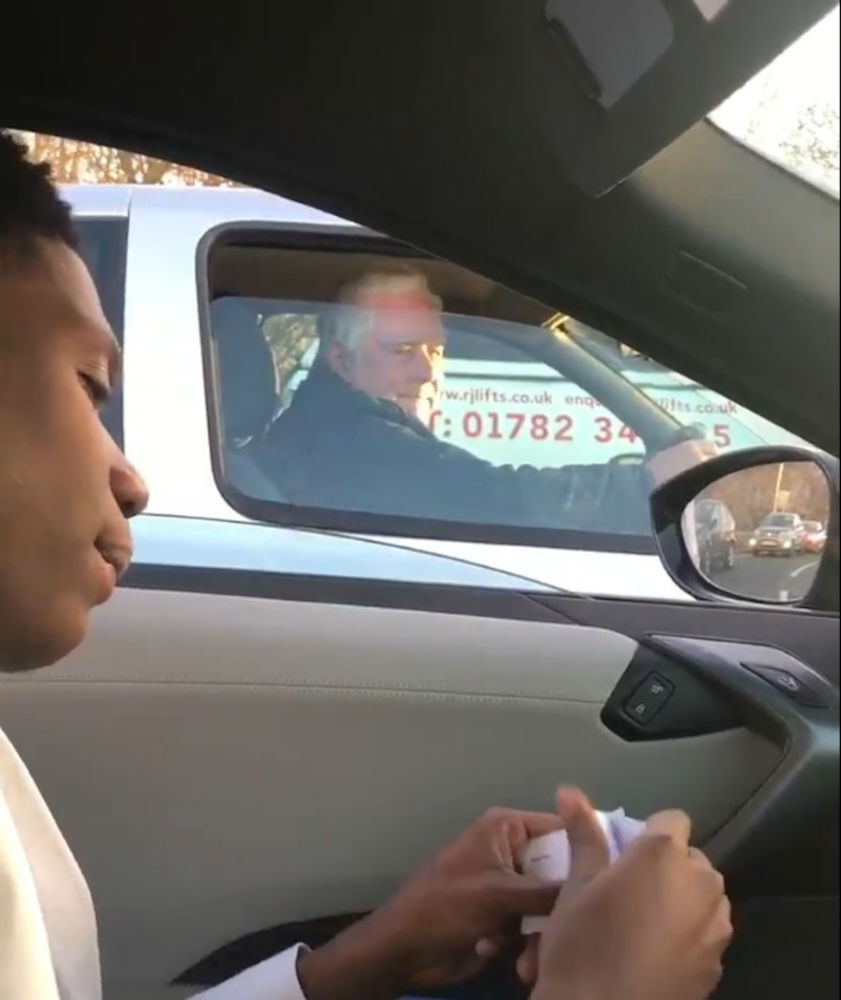 The next car driver is told to wind down his window.

Referring to the man’s music, Spuddz says: “Turn that down please. So we asked, ‘What is the square root of 81’?”

The man can be heard saying “9” and Spuddz replies: “Correct – ten points to you.”

The same man is asked: “What is better: Geordie Shore or Towie?

The man replies “Towie” only to be told by Spuddz: “The answer is Love Island – enjoy your day.” 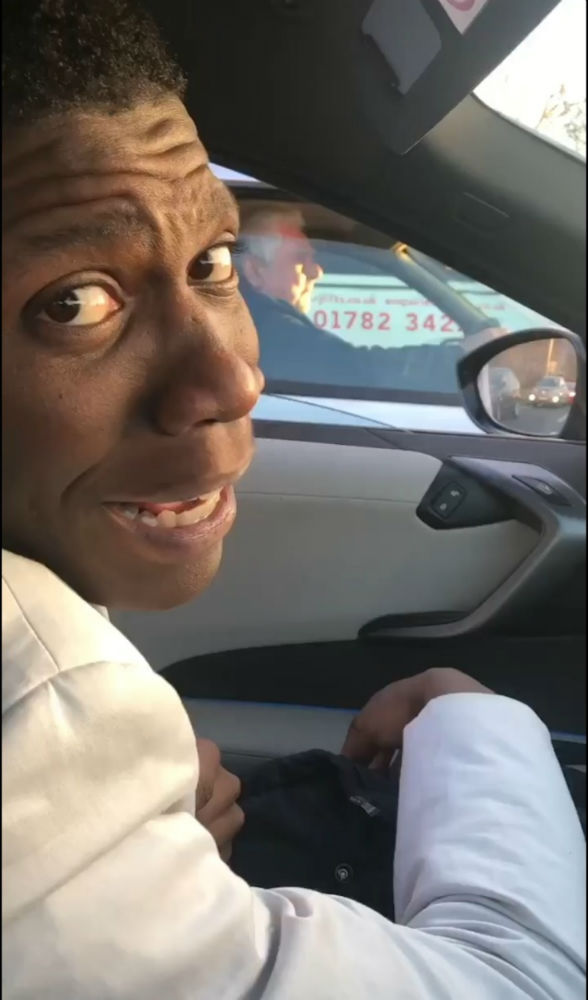 @Y1ddo_Y1ddo commented: “This would solve all traffic anger.”

@LeonDoggyDogg wrote: “Sitting in the middle of traffic and winding your window down to a stranger who’s filming you, then out of nowhere having a maths question fired at you is a fairly unexpected scenario. Most people would have answered ‘ummmmm…. what?’”

The answer to the riddle is, of course, a clock.