SCOTS have been left in stitches after a prankster “defaced” a road sign for the parish of Kinnell by adding the letters “FA” at the start.

Scott Sweeney spotted the sign to Kinnell in Forfar, Angus, on his way back to his home to Perth last night.

Having had a chuckle at the sign a few times without the additional lettering, the 33-year-old had to stop for a second look to make sure he wasn’t seeing things.

Scott snapped a photograph of the sign after a mystery visitor had stuck on the lettering to make the destination read “Fakinnel”.

An image shows the sign with an arrow pointing in the direction of Kinnell 2.5 miles away.

Squeezed in directly above the original text are the letters F and A in block capitals.

Scott, who works in utilities, posted the witty image on Facebook last night, writing: “Not advocating defacing road signs but I was howling at this.”

The post has now collected over 1,500 likes, with dozens of comments and hundreds of shares from users who found the sign hilarious.

Jo Jacobsen said: “I used to live not far from there, that sign has been being amended in various ways for a long long time.”

Lib R Tree said: “Certainly helps with figuring out how to pronounce a place name.”

And Beth Fullerton added: “Took me a little while.”

Speaking today Scott said: “I’d been at the beach at St. Cyrus and was heading back via Forfar when I noticed the sign.

“I took a bit of a double take and said ‘did I just see that?’

“I’ve passed that sign loads of times and always had a chuckle even before any additions.

“I had to double back to check I wasn’t seeing things.

“I don’t stay local so I’m not sure how long it’s been up but from what people staying nearby are saying, it’s been altered a few times.” 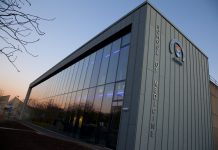 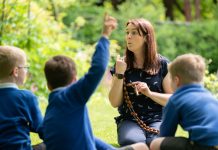 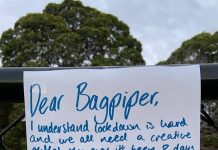