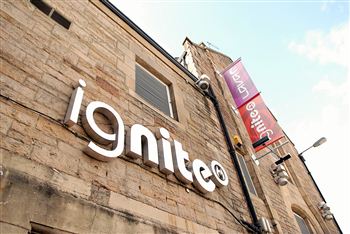 A STRUGGLING nightclub giant is appealing to richer clubbers who are “divorced, single and dumped” because their 18-24 target market has been crippled by the recession.

Luminar – which has clubs across Scotland – are appealing to single men in their 30s and 40s to re-visit their youth at the firm’s venues.

The company is also planning to lure online daters – of which there are an estimated 15 million in the UK – away from the computer and back to the dance floor.

Luminar – Britain’s largest nightclub operator – found itself under severe pressure as more of its customers lost their jobs.

Shares have tumbled by a third, with sales falling by six per-cent in the six months up until August 27, and a further drop this month due to poor weekend sales figures.The rapid decline has been blamed on the fact that a staggering one in six 18-24-year-olds on the job market are currently unemployed.

This figure is rapidly approaching the all time high of 18 per cent unemployment in that age group in March 1993, in the wake of the 1990s recession.

Luminar say they have resisted lowering prices on alcohol and having ‘all you can drink’ deals in favour of sticking with “higher quality content.”

They previously had 90p per drink deals on beers and vodka, before pulling out of the super-cheap club market.

Boss Stephen Thomas described the last three weeks as “truly horrendous” but says he is considering all options before slashing prices again.

He said: “What we learned was that people want to come to a place that has more entertainment.”

“So we took the discounts out and added more entertainment.

“I would like to see that down to 60 per cent in three years and 25 per cent of group revenue to come from an age group well in advance of that.”

Thomas said his firm is holding out for Christmas, adding that their full-year results would be heavily influenced by having a boost during the festive period.

Stockbrokers Panmure Gordon estimated that the footfall for the business – the number of people visiting the chain – had fallen by 12 per cent in the summer months of July and August.

To combat the huge slump the group has also launched under-18 nights, with the focus of getting cash on the door, while also opening talks with online dating group Chemistry.

Thomas added: “There are 15m people dating online – there must be something we can physically do to get these people together.”

Things to consider to be a successful trader