A DRUNK Scotsman has become the icon for a Scottish bus station – after he accidentally tagged his selfie into Google Maps.

Stuart Roney mistakenly uploaded the snap to the online map while sat at a bar near Hamilton Bus Station in South Lanarkshire on Tuesday.

Instead of the previous images showing the depot full of buses, the station’s Google map now hilariously features an image of Stuart looking bleary eyed. 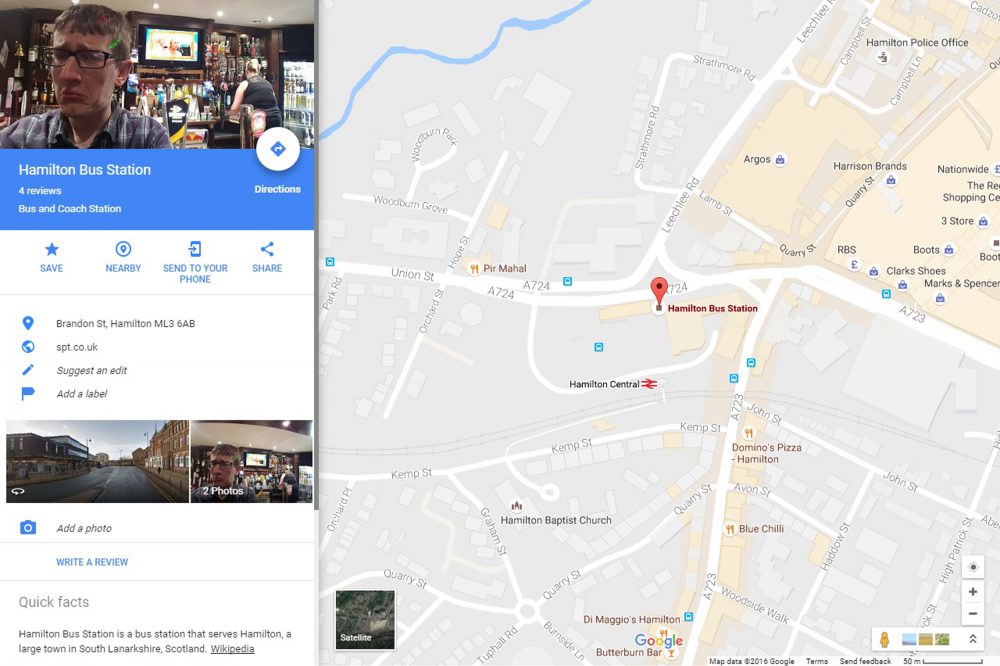 A barmaid can also be seen in the background attending to business while he captures his selfie.
Anyone searching the Google for Hamilton Bus Station will be greeted with Stuart’s face as he enjoys an afternoon in the pub.

The Scot, from Hamilton, South Lanarkshire, was completely unaware of the mix up until Google contacted him to thank him for attracting 3000 views.

Writing on Facebook, he said: “F*** sake. Apparently I have drunk or pocket tagged myself at Hamilton bus station. 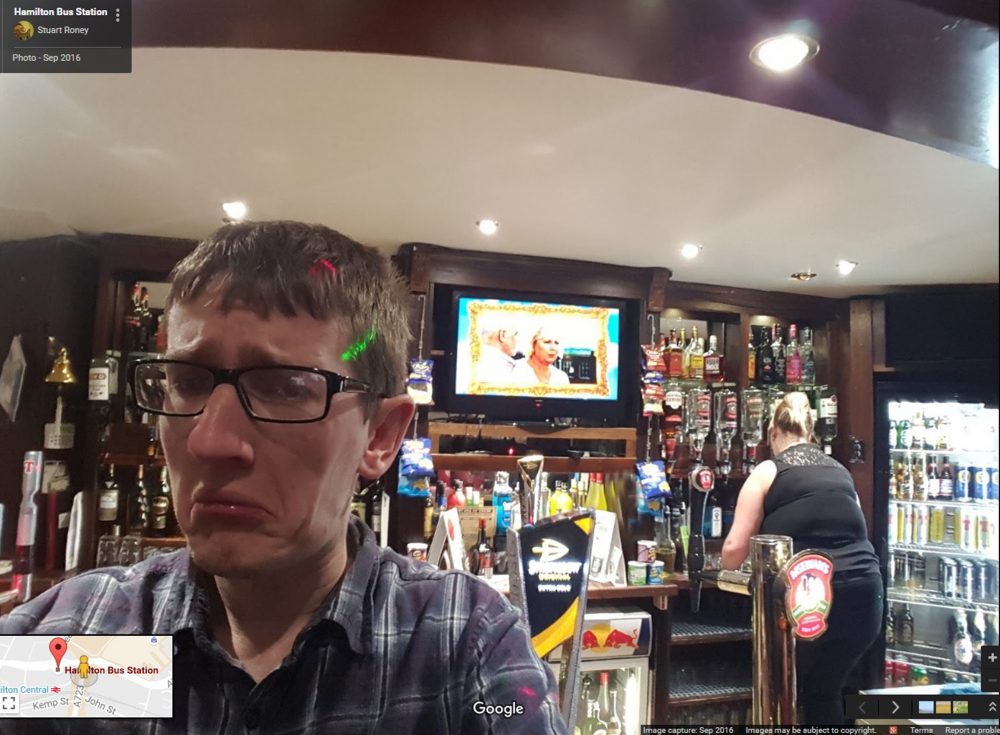 “And apparently some f****** how, it’s now the picture default for the bus station info on Google Maps.

His image has since been liked hundreds of times and attracted dozens of comments from friends seeing the funny side of his new found Google fame.

Laura-Rose McMeekin said: “I am f*****g p*****g myself. Thank you, because I have had the day from hell and that’s just cheered me right up.” 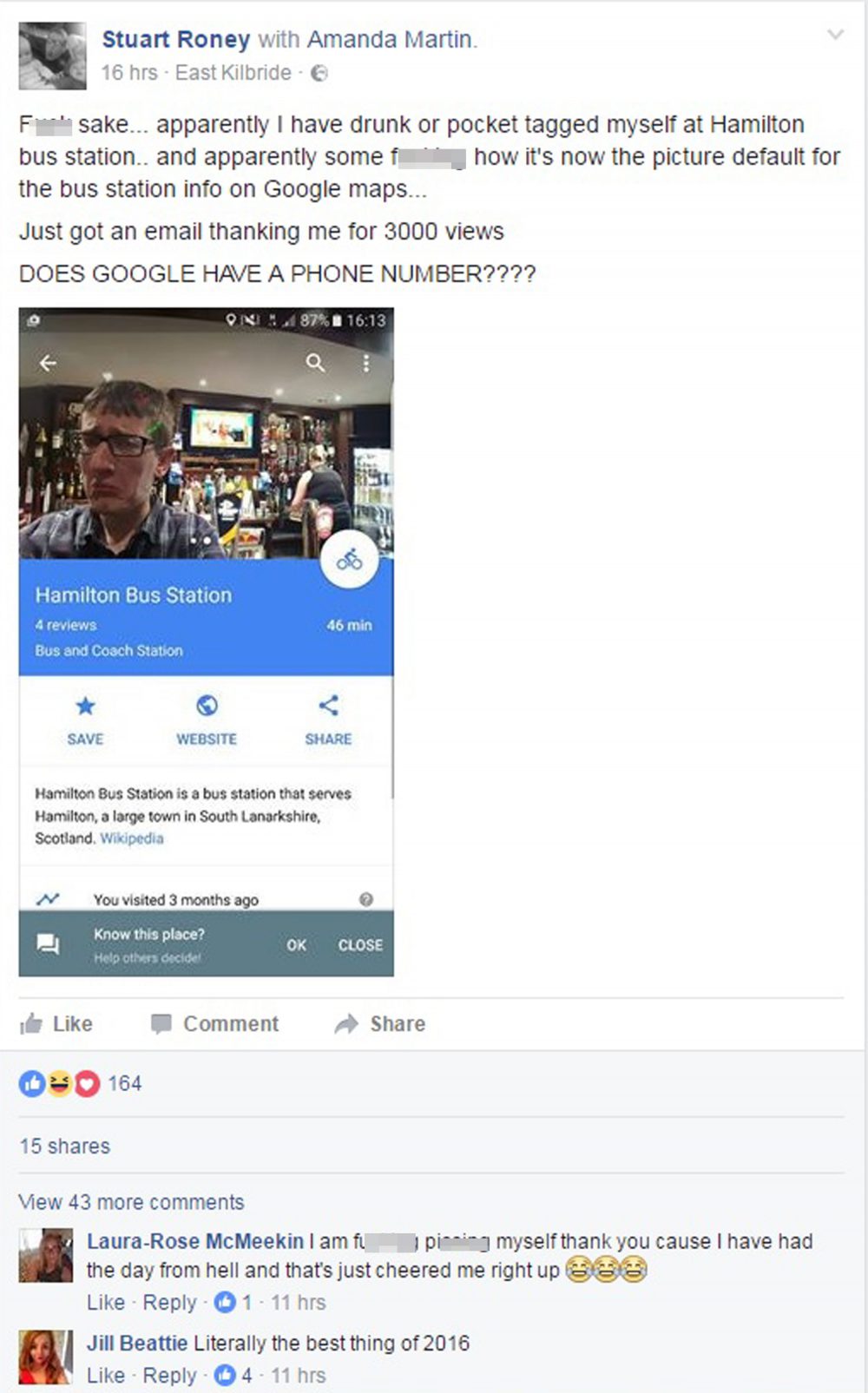 And Jill Beattie wrote: “Literally the best thing of 2016.”

The error comes just months after it was revealed how Google Maps accidently shared an image of Mauritius – to showcase the area of Bishopbriggs in East Dunbartonshire.

A £1,200-a-head resort in the tropical paradise replaced images of the middle-class Scots community.

Two years ago, Google Maps also managed to “lose” the Scottish island of Jura from its online service for several days.