A SCOTTISH woman has gone viral after posting an incredibly positive break-up message to her ex-boyfriend.

Finch Taylor, from Prestonpans, East Lothian took to Instagram to post a heartfelt message to her ex Max Harding after the couples relationship came to a mutual end.

Finch, 20, she was “happy because it happened”, and thanked Max, also 20, for the “best three and half years.”

The post was re-posted to Twitter by someone who doesn’t even know the pair, and it has generated a lovely reaction, with social media users pleased to see such a friendly break up. 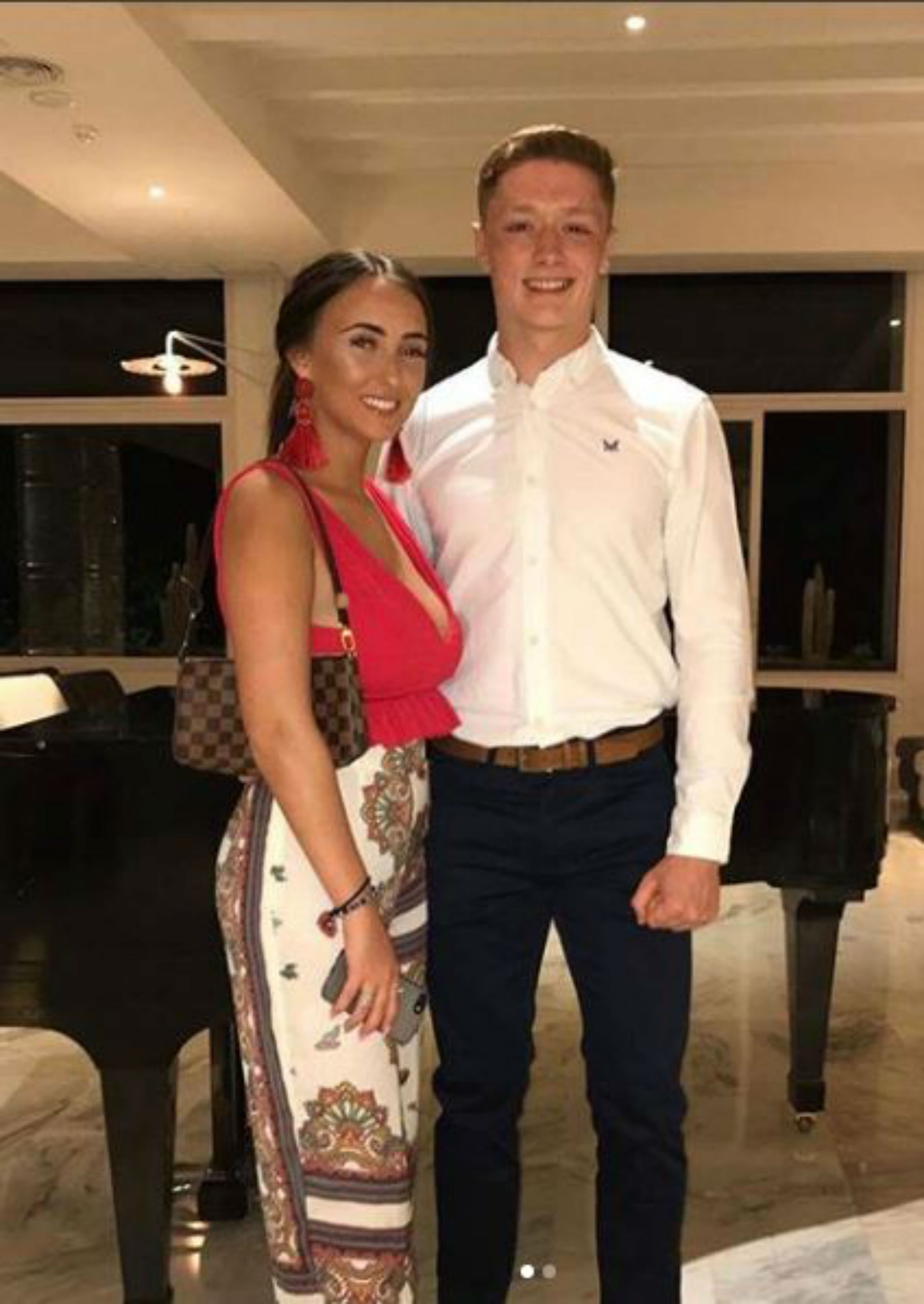 Posting a photo of herself and Max, Finch wrote: “Don’t be sad it’s over, be happy because it happened. Thank you for the best three and a half years Maxy boy. Sad to be parting our separate ways but what’s meant to be will be”, ending it with a love heart.

Some friends offered their support and praised Finch on having such a positive response to the break-up.

Another Instagram user said: “I love this, best thing about a breakup not to be bitter. Soooo nice.

Diane Morrison and Monica Dixon both added: “Love to you both.”

On Twitter, Hannah Durcan was touched by Finch’s message. She screenshotted the original post and said: “Don’t even know this girl but this has got me sobbin”,along with two crying emojis and a broken heart.

Her post has been retweeted almost 3,500 times and been liked by 30,000 social media users. 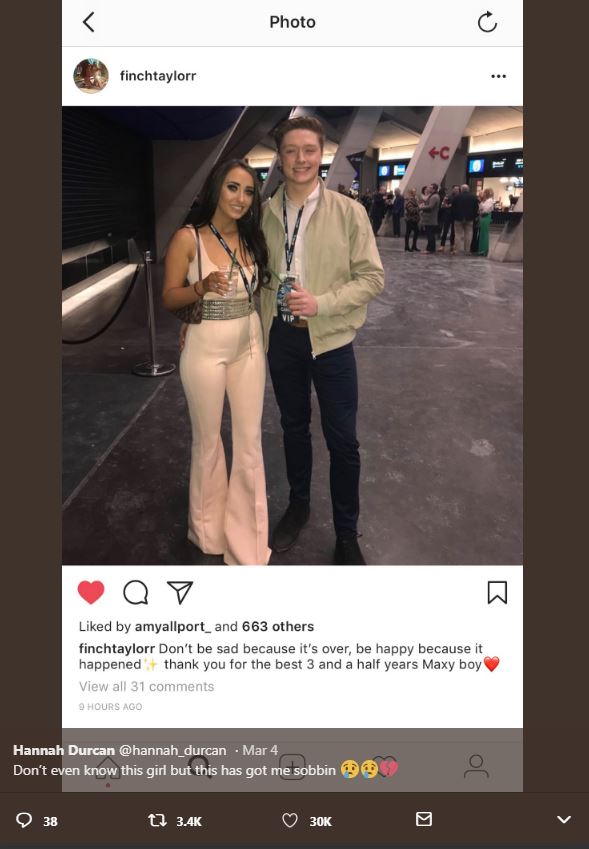 And comments came flooding in from people who were amazed by her positivity.

One user said: “Oh my god imagine someone being that nice after a break up.”

Another said: “If only relationships could ever end on good terms. The hate isn’t worth it.”

Luke Howard said: “This is what it means to be mature and grown up. Respect.”

Callum Lawrie said: “Damn this is deep. Wish I could have been like this but my ex was getting sack slapped within a week.”

Chris Web said: “That’s a lady.. Well done, respect. All the best for the future.”

Ollie Broughton added: “This hit me in the feels.”

Speaking today (TUES), Finch said: “I think the Twitter thing is great, there’s been so many lovely comments and I’ve had so many messages. It’s completely blew up and I did not expect it.

“I’ve managed to be so positive because we both agreed it was time to call it quits and there hasn’t been any hard feelings, we will remain friends as we’ve promised to do so.”