A MUM has shared disgusting photos showing how she allegedly discovered dead bugs inside a pack of Aldi nappies.

The 22-year-old says she was left horrified however, when she opened the £4.29 product.

The images show two, brown bugs curled up in the middle of the pouch.

A close up shot reveals one of the critters lying on its back with its spindly legs in the air.

The rest of the pack remains untouched, as Bethany was so disgusted she threw the rest out.

A furious Bethany took to Facebook to complain to Aldi on last Thursday.

She shared the skin-crawling photos and wrote: “If anyone uses Aldi nappies make sure you check your nappies.

“I have just opened these today and found bugs on them. I have emailed Aldi about it but no reply yet.”

And Donna Clark commented: “Take them back to the shop and tell them you want to make a formal complaint about it.”

Speaking this Monday Bethany said: “I hate bugs, they weren’t crawling round they were dead, but it creeped me out.

“I had to throw the pack away almost immediately after taking the pictures.

“My kids have sensitive skin these are the only nappies that they have not had a reaction to however I am inspecting the products a lot more before using.”

“Aldi has said that they will monitor the supplier closely and if I would like a refund, take the pack of nappies back to the store.” 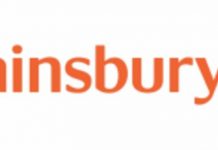 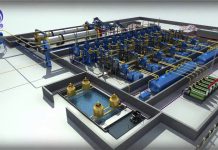 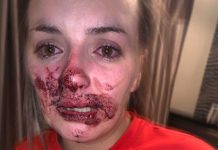