A DIE-HARD gamer is selling a “24k gold Wii console” that he claims was initially made and gifted to Her Majesty The Queen.

Ebay seller Donny Fillerup has decided to sell his incredibly rare console and is looking for a staggering £214,000 for it.

Donny, who is from Utrecht in the Netherlands, initially bought the console back in 2017 after the company who sent it to Queen Elizabeth, THQ, went bust.

THQ had been attempting to promote their new game ‘Big Family Games’ back in 2009 and sent a gold Wii to Buckingham Palace.

However, the console was returned to the gaming company after being refused by Palace staff.

THQ then went bust in 2013 and the console fell into private hands before 32-year-old Donny managed to acquire it for an undisclosed sum in 2017.

Now, IT administrator Donny is looking to get rid of the gold console and has listed the item on eBay for a jaw dropping $300,000.

Pictures of the gaming unit on the eBay listing show the incredibly metallic looking console perched on a red cloth.

The eBay listing is titled as: “24 Karat Golden Nintendo Wii that was made for Queen Elizabeth the 2nd.”

Since being posted onto the auction site yesterday, the item has been viewed over 60,000 times.

The console comes with one game, ‘Big Family Games’ and one Wii remote control.

The condition is listed as: “The item may have some signs of cosmetic wear, but is fully operational and functions as intended.”

Attached to the listing, the description says: “I have documents and emails of its possible authentication.

“All the documentations will be framed.”

“I never wanted to sell it; however, I was always curious how much someone could give for it.

“I started talking to people about moving forward, and they told me nothing lasts forever.

“I’m the type [of person] who is attached to things in a way that I find it hard to let them go, so selling the Wii will also help me move forward in this respect.

“A good friend who works at Nintendo told me I should sell it for a price which is so high it would never find a buyer. He even advised me to start with $500,000.

“I don’t need more and also, this gives more people the opportunity to buy it.

Back in 2009, THQ product manager Danielle Robinson told CBS News: “Big Family Games is the ultimate Wii game to get all family members, from grandparents to young children, playing together.

“But we thought that Her Majesty the Queen wouldn’t want to play on any old console, so an extra-special gold one was commissioned,” he added. “We hope that she and the rest of the Royal Family enjoy the game!”

According to the Buckingham Palace website: “For security reasons, the Correspondence Team are unable to accept any unsolicited gifts which are sent to The Queen.” 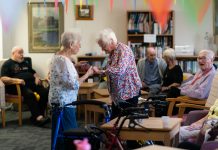 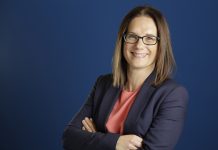 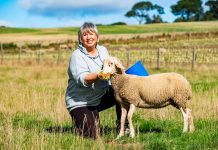