TWO airport workers who smashed their luggage tugs into each other as they played dodgems on an airfield have been fined. 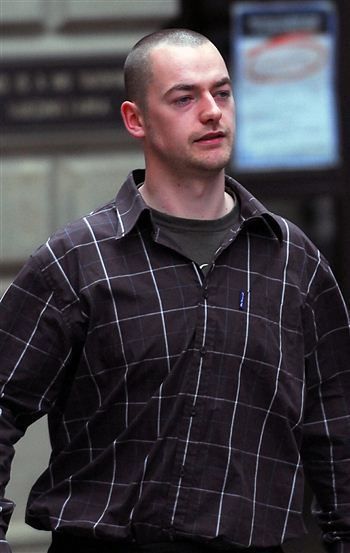 Kris Ralton, 25, and Gary Crawford, 28, were waiting on a plane to unload at Edinburgh Airport when they started messing around on the electric vehicles.

Three fire engines, a police car, an ambulance and three airfield operation vehicles were scrambled after Ralton became injured in one of four collisions in restricted areas of the airport.

The pair were captured on CCTV at Edinburgh Airport driving the Charlatte baggage tugs – which are used to haul luggage to and from airliners – in tight circles chasing each other and colliding just yards away from parked-up planes.

Ralton and Crawford were suspended and sacked following the incident last year.

And at Edinburgh Sheriff Court they were each fined £1,250 after a sheriff found them guilty of dangerous driving under airport byelaws.

The court had earlier heard from a co-worker of the pair who was on duty with them on the night of the crash. 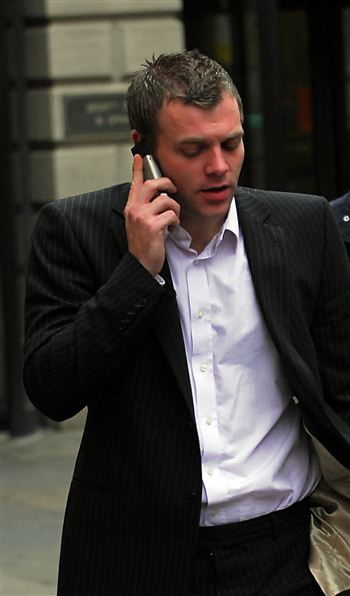 Tamim Brahmi, 23, told how he had been with Ralton and Crawford at around 8pm on February 9, last year.

Mr Brahmi said he was the passenger in a tug which Ralton was driving while Crawford was in another with a fourth colleague.

The two vehicles and four staff, Mr Brahmi said, were summoned to a stand 16 on the airport’s “airside” to await the last plane they were due to deal with that night.

But he said Ralton and Crawford began driving the tugs in tight circles to amuse themselves while they waited.

And the pair raced the 15mph vehicles down the airfield, smashing into each other, as they went to collect the baggage holders the vehicles tow.

Sheriff Derrick McIntyre also viewed CCTV images which showed the two vehicles driving side by side down the airfield, with one driving on a green pedestrian walkway, and both colliding with each other.

Sentencing, Sheriff McIntyre said Ralton and Crawford’s driving had “fallen well below the standard expected of a careful driver”.

He said: “There were two incidents, first there was some dodgem type behaviour at Stand 16 involving two tugs and secondly there was the collision between the two tugs.

“In my view the overall driving by both accused constituted dangerous driving.”

Sheriff McIntyre said the area where the crashes had taken place, together with the deliberate collisions which caused Ralton’s injuries had made it clear the driving was dangerous.

Ralton’s solicitor, Gillian Law, said her client had lost his job over the incident and had been forced to take on a less-well paid position as a driver for an Edinburgh firm.

Miss Law said: “He is significantly regretful and said no-one regrets the incident more than he does.

“The behaviour of the accused on that particular occasion in the cold light of day and on CCTV is something that surprised even Mr Ralton himself.”

Crawford was not present in court as he has taken a job on a cruise ship.

But his solicitor, Kenneth McFarlane, said his client had lost a job in which “he saw a future for himself” as a result of the incident.

Sheriff McIntyre fined both men £1,250 each and Ralton – of Cocksfield, Edinburgh – offered to pay at £70 per week.