A SCOTS shopping centre has been ridiculed after their makeshift Euro 2020 fan zone was described as being the “worst fan zone in Europe”.

Antonine Shopping Centre in Cumbernauld, North Lanarkshire has been brutally mocked online after launching the designated fan area this week.

The pop up area was set up ahead of Scotland’s first game against Czech Republic on Monday so shoppers can watch future matches.

Images show how the fan zone has been set up in the centre of the shopping centre walkway – with just six plastic seats facing a medium sized television screen.

The two metre wide area, placed in front of Superdrug, has been sectioned off by string with flags attached.

Lauryn Keating posted a video to TikTok on Wednesday after being shocked by the bleak looking area.

The clip has since had over 47,000 views and hundreds of comments from viewers who were left in stitches by the fan zone.

Lauryn captioned the video “Euro 2020 in Cumbernauld” followed by a face palm emoji and crying with laughter emoji.

In the clip, the Scot uses a photograph of the area as a backdrop and says: “We all know Glasgow has the Fan Zone for the Euros, wait till I show you what Cumbernauld town centre has.

“Who f***** thought of that and who in their right mind is going to sit in the middle of a pure s**hole of a town centre outside Superdrug watching the Euros?”

The clip has been watched 47,000 times and attracted more than 3,000 likes and hundreds of comments on social media.

@katmcgoldrick wrote: “Just seen Cumbernauld’s version of the fan zone and I am losing my mind.”

@jasonnicol73 said: “Omg. Totally the worst fan zone in Europe, would have set the whole look off if the tv was an old Grundig.”

@lesnic73 commented: “Walked past it the other day and everyone was sniggering at it.”

While @Hazelb84 said: “Only in Cumbernauld.”

A spokesman for Antonine Shopping Centre today declined to comment. 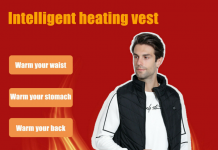 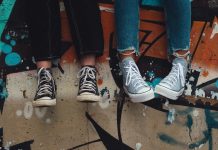 Careers in growth industries that your teenager may have overlooked 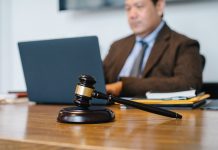 Why Your E-Commerce Project Should Be Monitored by Lawyers?